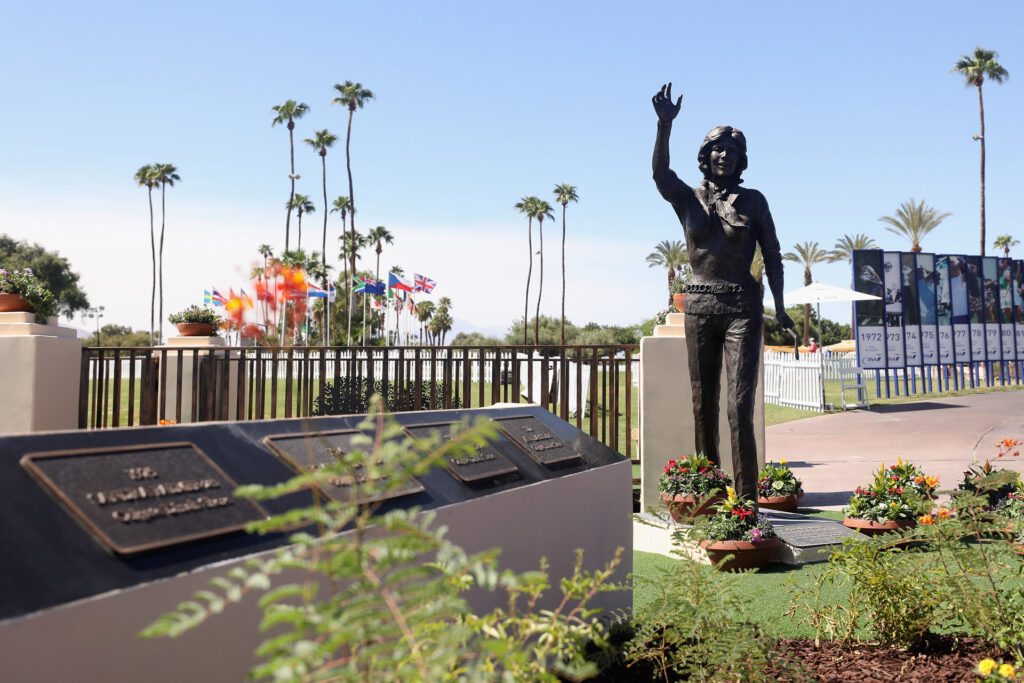 The LPGA and IMG announced today Chevron U.S.A. Inc. is the new title sponsor of The Chevron Championship (formerly the ANA Inspiration) through a six-year partnership.

“Chevron is proud to become the title sponsor of this great championship, which brings together some of the most talented athletes in the world. We look forward to partnering with the LPGA and IMG to further champion women in sports, the workplace and society.”

A significant increase in the prize fund

As part of the sponsorship, Chevron will increase the prize fund for the 2022 Championship by over 60% to $5 million. In addition, the historic major will feature a special Player Advisory Board to help ensure that The Chevron Championship supports and attracts the leading LPGA Tour players and they are at the heart of our future plans and advancements for the Championship.

“We could not be more excited to announce our partnership with Chevron. Welcoming another leading global company to our portfolio of sponsors that believes in the power of the LPGA to inspire women leaders, to showcase human performance at the highest level and to highlight the importance of diversity and inclusion in all facets of life, is truly game-changing for us. We are so grateful for Chevron’s extraordinary commitment to the LPGA and to the overall player experience and look forward to a long and successful relationship.”

The 2022 Chevron Championship will take place at Mission Hills Country Club in Rancho Mirage, California, March 31-April 3, 2022. As part of the new era, The Chevron Championship will move to a later date in the spring and will relocate to a new home, which will most likely be in the greater Houston area starting with the 2023 edition. The new host club will be confirmed in the coming months.

Moving the date later in the spring also allowed the LPGA to secure a long-term commitment from NBC Sports to air the Championship on network TV. Further, moving to a major area like Houston will foster tremendous fan engagement, participation and excitement within the community and among Chevron employees. Chevron, the LPGA and IMG are dedicated to celebrating the important role the City of Rancho Mirage and the Club has played in the tournament’s history with the 2022 event. They will also make sure to bring the many years of tradition and memories built at Mission Hills to the new venue.

“We do not make the move lightly. Since David Foster and Dinah Shore created this competition in 1972, it has held a special place in the hearts of our players and fans around the world. No matter where it is held, Dinah and her influence, along with the history built at Mission Hills, will be an integral part of The Chevron Championship. We thank ANA and Mission Hills for their tremendous support and look forward to celebrating the many years of tradition as we continue to add to its footprint in the history of women’s sports.”

Chevron to work with the LPGA players

Lydia Ko, a Player Director on the LPGA Board of Directors and the 2016 Chevron Championship winner, said:

“Having a global company like Chevron to support women’s golf is really exciting for everyone involved with the LPGA. Their aspirations for growing this major together with the LPGA and IMG are amazing for the future of our Tour. We have all made some lovely memories at Mission Hills over the years which we will enjoy celebrating in 2022 and take with us to The Chevron Championship’s new home, where I know we will make many more.”

“I'm certainly sad to say goodbye to Mission Hills and the City of Rancho Mirage, where I've made so many great memories. We will celebrate the last 50 years of history when we return to Mission Hills next April. But I know that Chevron will do a great job of honouring the traditions we have built while elevating this major championship to new heights. This is a great moment for the LPGA and I'm excited to welcome Chevron to our family and see what new opportunities and experiences they bring to our Tour.”

ANA, who supported the tournament for seven editions, will continue as a partner in 2022.

“We are delighted to welcome Chevron as title sponsor of this historic major, securing the future of the event. Their vision and enthusiasm for working together will not only enhance the stature of The Chevron Championship, but will also make a significant impact that extends far beyond the tournament itself. We want to thank ANA. They have been a wonderful partner over the past seven years and their support during this pandemic has really gone above and beyond given how seriously the airline industry has been impacted these past 18 months. We look forward to building on this great Championship’s legacy having celebrated its 50th edition only six months ago.”

That is now the second major to increase their prize fund in the last three months. More investment, more network TV coverage in America and placing more value in women's golf can only be a good thing - we'll monitor this partnership with great interest.

Follow the @lpga on social media for more information.