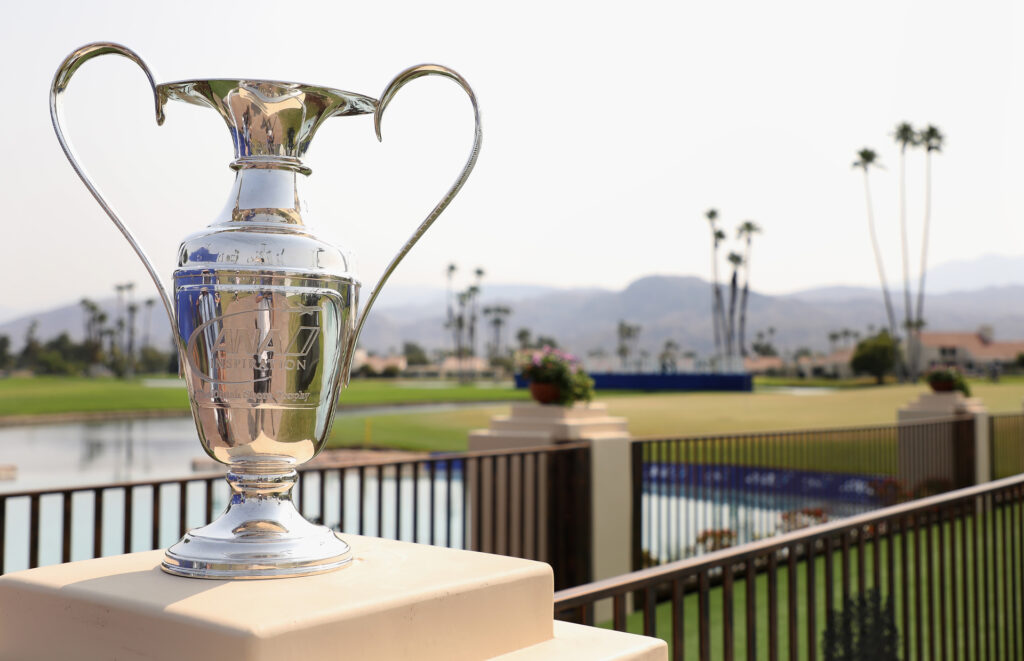 With no wall, no player snubs and the build-up to Augusta in our minds. Is it finally time to embrace the first major of the season?

Every year, around this time, I find myself getting increasingly frustrated with the lack of excitement around the first major of the season. All we can see is the green of Augusta and this blinkered approach makes me wonder when we will ever embrace the best women in golf? If we cannot do it at a major championship, when can we?!

The ANA Inspiration is celebrating its 50th Anniversary this year, just over six months since the 49th edition was played and Mirim Lee secured her first major title. She won a dramatic three-way playoff against Nelly Korda and Brooke Henderson with a birdie on the first extra hole. That came after an eagle chip in on the 18th hole to propel herself to the top of the leaderboard.

Lee is happy to be returning to Mission Hills Country Club: “I can’t wait to return to Rancho Mirage as the defending champion. Usually, you have to wait 12 months to get to defend a title so it’s pretty unusual we will be back there so soon. For me personally, I think it will be wonderful to be back there as soon as possible and have the chance to relive all the happy memories and feelings of winning there last year.”

Like September, the championship will take place without spectators as there are still Covid-19 restrictions in the state of California.

It has not been an ideal run-up to this first Major Championship, due to Covid-19, so all players head into this week with a lack of tournament play. However, after watching the Kia Classic, maybe this will not be much of an issue.

By far the standout star of last week was LPGA Hall of Famer, Inbee Park who won her 21st LPGA Tour event. She made it look easy and when she is in form, like last week, she is going to be very difficult to beat. Park also won her second of her seven majors at Dinah Shore in 2013 when it was the Kraft Nabisco Championship.

It can often be hard to choose between the Korda sisters, especially as they have both won on tour already this season. But I am going with Nelly because she came so close to victory last year and as well as being very capable of winning, I believe she will use the disappointment of six months ago to be up in contention from the start.

From a British perspective, I’m going for Mel Reid. The final round of the Kia Classic may have dented my case a little, but it is worth remembering that Reid finished T-7 last September. She also won in October at the ShopRite LPGA Classic by Acer. A major must be on the cards for Reid whose game has transformed since making a permanent move to the States.

I definitely would not discount 2019 champion Jin Young Ko, who finished fourth last week: “I had a good warmup I think, so I’m looking forward to the ANA,” said Ko, at the KIA Classic post event press conference. “I had great rounds the last four days. Before this week, I practice four, five days and stayed a week at the Mission Hills. I saw my name on the bridge and believed I could win [again] on the course.”

Other players to keep an eye on would have to include AIG Women’s Open Champion Sophia Popov, after the much-discussed snub in September, I believe she will have a point to prove this week and she has had two top 10 finishes this season and was in the mix after the first two rounds last week.

Controversy seems to follow the women’s major championships and last year’s Great Wall of Dinah was no exception. Thankfully, we can guarantee that this will not be causing an issue this year as ANA Championship Manager Alyssa Randolph explains: "We won't be building anything on the island, we'll turn back to its 1972 roots and its purest state as an island green."

The 8-hour time difference will prove difficult to catch all the action live, but coverage is available on Sky Sports Golf and, if the same as last year, for free on their YouTube Channel.