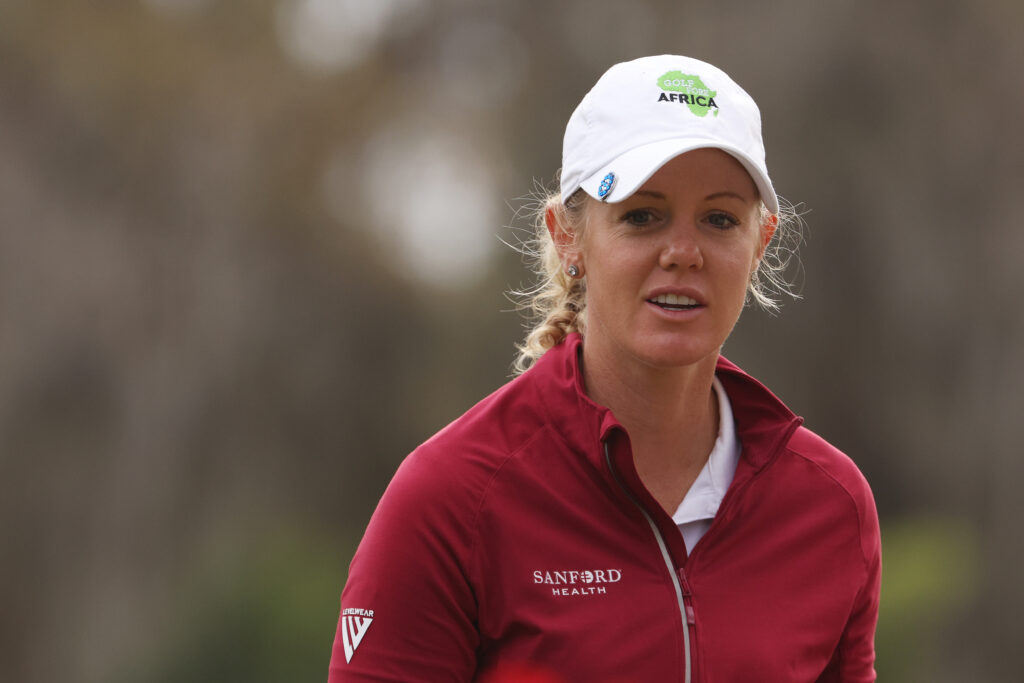 Amy Olson's father-in-law died suddenly on Saturday night, just hours before the final of the U.S. Women's Open was due to begin.

Amy Olson is in second place going into the final round of the last major of the year, just one shot behind leader Hikano Shibuno.

But on Saturday night, just hours before Amy was due to head out on a mission to secure her first LPGA win, the 28-year-old received the tragic news that her father-in-law had died suddenly and unexpectedly.

The LPGA confirmed the news on Amy's behalf yesterday, and the final has now been delayed until today (December 14) due to bad weather.

Golfweek also reported that Ally Ewing (until recently Ally McDonald) was spotted giving Amy a big hug on the driving range as they practiced yesterday morning.

The LPGA confirmed that Grant had flown in to be by Amy's side as she tried to win her maiden tour title, but he has now returned back home to be with his mother and brother.

"The family is understandably in shock and does not have further details to share," an LPGA spokesperson said. "She (Amy) appreciates no further questions before play is finished tomorrow."

Our heart goes out to Amy and her family.

Showing true strength and resilience, Amy finished T2 and just one shot off the lead in the final round.

“I had super mixed emotions,” she admitted on Monday (December 14).

“It was a long day yesterday not being able to play, but I did get some good rest. Coming out this morning I had no idea what to expect. It was just one of those things I felt very weak and helpless the last couple days, and probably same went today on the golf course. I really believe the Lord just carried me through."

Amy married her husband Grant in 2017 after they went to college together, and she way very close to her father-in-law.

“We had a really special relationship,” said the 28-year-old.

“He's a big, tough, military West Point guy, loved the Army, but had a particular soft spot for the women in his life, particularly his wife and daughter-in-law. And just incredibly generous. Loved to hunt and fish, and we'll have a lot of great memories to take from those activities, doing those with him.”