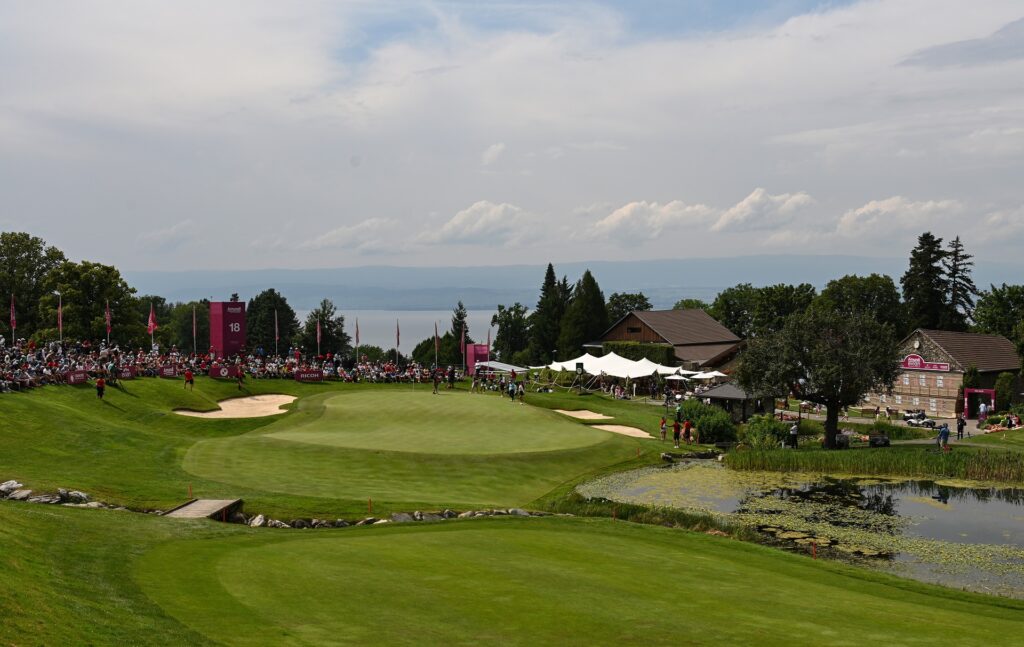 Five strokes. The dominating margin Jeongeun Lee6 has over the field entering the final round of the 2021 major championship.

Lee6 followed up Friday’s historic round of 61 with a solid 3-under 68 on Saturday, extending her lead to five strokes over American Yealimi Noh at -13. She carded four birdies and three bogeys, as well as a hole-out for eagle from the fairway at No. 11. While the round didn’t have quite the same spark as yesterday, it was no less fulfilling and important for the 25-year-old Korean.

“I'm satisfied with my result today because some shot a little bit big miss, but I did up and down well,” said Lee6, whose previous best finish at Evian is a tie for sixth in 2018. “Yeah, it was great.”

Lee6, who earned her first and only LPGA Tour victory at the 2018 U.S. Women’s Open, is firmly in position to join her countrywomen Se Ri Pak and In Gee Chun as the only two players in Tour history to win majors as their first two titles.

“I'm waiting so much (for my) second win, but this tournament is even the major tournament,” said Lee6. “If I win, I'll be very happy. Huge honor.”

Can Noh overturn a five-stroke deficit?

In 2017, Anna Nordqvist came back from a five-stroke deficit to win the Amundi Evian Championship. The next year, Angela Stanford did the same. Noh, a 19-year-old from San Francisco, will try to match their feat following three closing birdies on Saturday to cap off her round of 67.

“After the turn I wasn't hitting it as well, especially when my ball is above my feet I was having a little trouble. I was pushing it and pulling it, so I couldn't get it right,” said Noh, who was tied for the lead after 18 holes. “Anyway, I wasn't hitting it that close. I think the shot on No. 16 really boosted my confidence because I was hitting a lot of like left-to-right shots today, a lot of little cuts, but it wasn't working the way I wanted to.

“That hole I was debating whether or not I should do that again, but I trusted it and it turned out really good. So gave me a lot of confidence for the next couple.”

2015 Evian champion Lydia Ko rounds out the top three at -12, six strokes shy of Lee6’s lead after a bogey-free 68 in the third round. She is enjoying a resurgent season that saw her first victory since 2018 at May’s LOTTE Championship. Ko last hoisted a major trophy when she made the leap into Poppie’s Pond at the 2016 ANA Inspiration. In her 2015 Evian win, she shot a final-round 63 that she called “one of the best” rounds of her career. She knows she’ll need to replicate that magic if she hopes to again etch her name on the Amundi Evian Championship trophy.

“With golf, you just never know. It's never the end until the glove comes off and the final putt drops in on the last,” said Ko. “I just got to stick to my gameplan and see. There is so many big names, a lot of players playing well, so I think I have to focus on me and go from there.”

Three players are tied for fourth at -11 – Minjee Lee, whose third-round 65 was tied for the low round of the day; Ayaka Furue; and first-round co-leader Pajaree Anannarukarn. Ariya Jutanugarn, who shot a 63 on Friday, stumbled to a 1-over 73 on Saturday and enters the final round in solo seventh at -10. Past Evian champions Hyo Joo Kim and In Gee Chun are joined by Charley Hull to round out the top 10 at -9.

Jeongeun Lee6 would join In Gee Chun as the only players to win both the U.S. Women’s Open and the Amundi Evian Championship (since it became a major in 2013)