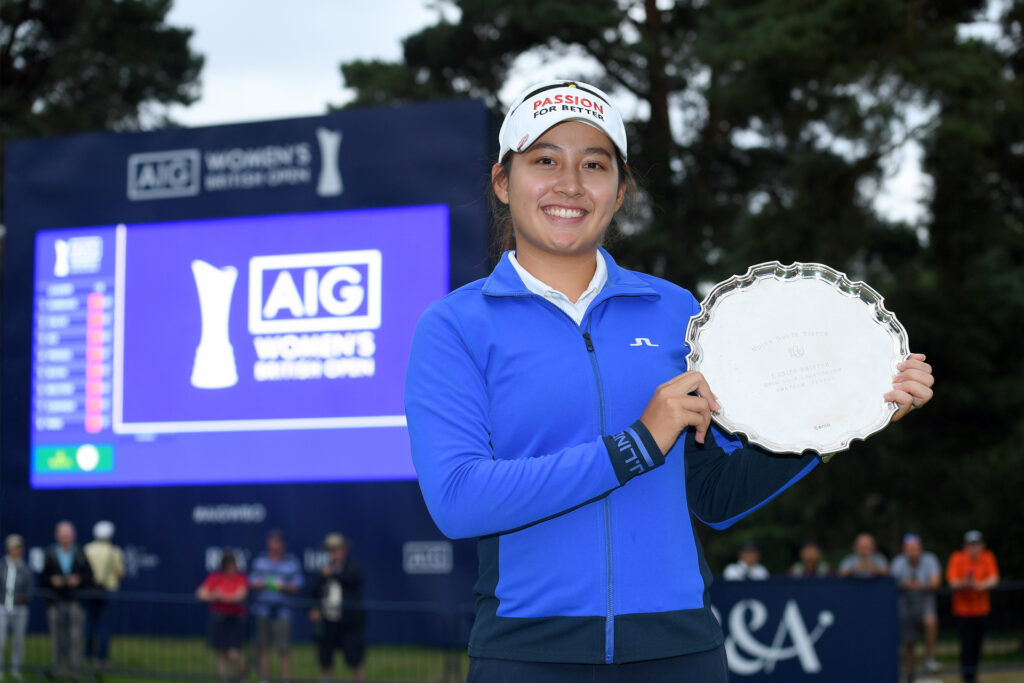 Which amateur will rise to the challenge of Carnoustie and claim the Smith Salver at the AIG Women's Open? We look at the ones to watch.

The AIG Women’s Open might be one of the most coveted prizes in the world of golf, but the prestigious Smyth Salver is also up for grabs at the championship being played from 19-22 August at Carnoustie, with six amateurs currently in with a chance of claiming the award.

The Championship offers those amateurs who have qualified with the opportunity to compete against one of the strongest and most international fields of the season. England’s Georgia Hall is the only Smyth Salver recipient to have gone on to win the AIG Women’s Open since 2001 - lifting her first major title at Royal Lytham & St Annes in 2018 just five years after finishing as the leading amateur at St Andrews.

The only player to achieve the rare feat of winning both honours in the same Championship is Spain’s Marta Figueras-Dotti, who prevailed as an amateur to become the champion at Royal Birkdale in 1982.

As many as ten of the last 14 Smyth Salver winners are set to compete in the 2021 AIG Women’s Open as professionals, with 12 of the last 15 recipients recording professional victories on either the LPGA, Symetra Tour or Ladies European Tour since winning the award.

Leading the charge for Smyth Salver success is America’s Rose Zhang, who enters this week as the 2021 McCormack Medal winner, having been the leading women’s amateur golfer in the World Amateur Golf Ranking (WAGR) for a second consecutive year.

The 18-year-old is no stranger to the big stage, having captured the 2021 US Girls’ Junior and 2020 US Women’s Amateur championships while she recorded a T11 finish at the 2020 ANA Inspiration.

Making her debut in the AIG Women’s Open, the Californian said:

“I am really looking forward to playing golf in Scotland again having first visited in 2019 for The PING Junior Solheim Cup. Carnoustie has a reputation as being one of the toughest tests in golf and it is an exciting challenge for me to see how my game holds up against some of the world’s best players.”

Home-favourite Louise Duncan, who won the 118th Women’s Amateur Championship at Kilmarnock (Barassie) in June, hopes to someday become the next Scot to lift the trophy since Catriona Matthew in 2009.

“Winning the Women’s Amateur Championship was the biggest moment of my career but playing the AIG Women’s Open is right up there. The chance to rub shoulders with some of the players I look up to is so exciting and the fact my friends and family are able to come and support in the crowd is an added bonus.”

Joining her in the race is Japanese teenager Tsubasa Kajitani, who won the second edition of the Augusta National Women’s Amateur earlier this year, while Germany’s Aline Krauter qualified with a victories in the 117th Women’s Amateur Championship in 2020.

They will also be joined by the 2021 European Ladies’ Amateur Champion, Ingrid Lindblad of Sweden, who will compete in the AIG Women’s Open for a second time after earning a place in the 2019 Championship via Final Qualifying.

Eager to follow in the footsteps of compatriot and defending champion, Sophia Popov, Krauter added:

“I have been waiting to play in the AIG Women’s Open since last summer and I am excited to learn from all of the professionals. I have heard Sophia talk about her experience of playing in the Championship at Carnoustie as an amateur, so to watch her go on and achieve what she has really shows how important it is for us to compete on this stage and understand what it is like to play under this pressure.”

Last but not least is Australian Kirsten Rudgeley, who comes into the AIG Women’s Open just over two weeks after her English Women’s Amateur Championship victory and tied seventh place at the Rose Ladies Series event at JCB Golf and Country Club.

She came through final qualifying at Panmure Golf Club on Monday where one-under-par 69 to come tied third and secure one of the final 15 spots into the main championship.

Rudgeley is having a very successful season after also winning the Helen Holm Scottish Women’s Open, as well as the North Shore Classic in New Zealand and Rene Erichsen Salver in Australia. Combined with her three second place finishes – she is definitely on to be watched.

After 17-year-old amateur Megha Ganne lit up the fairways at the U.S. Women’s Open at Olympic Club in June, proving amateurs can very much compete with the pros on the biggest stage. We will be looking to these extremely talented amateurs and hoping another has a fairy tale week at Carnoustie.

See all the tee times for the AIG Womens Open here.