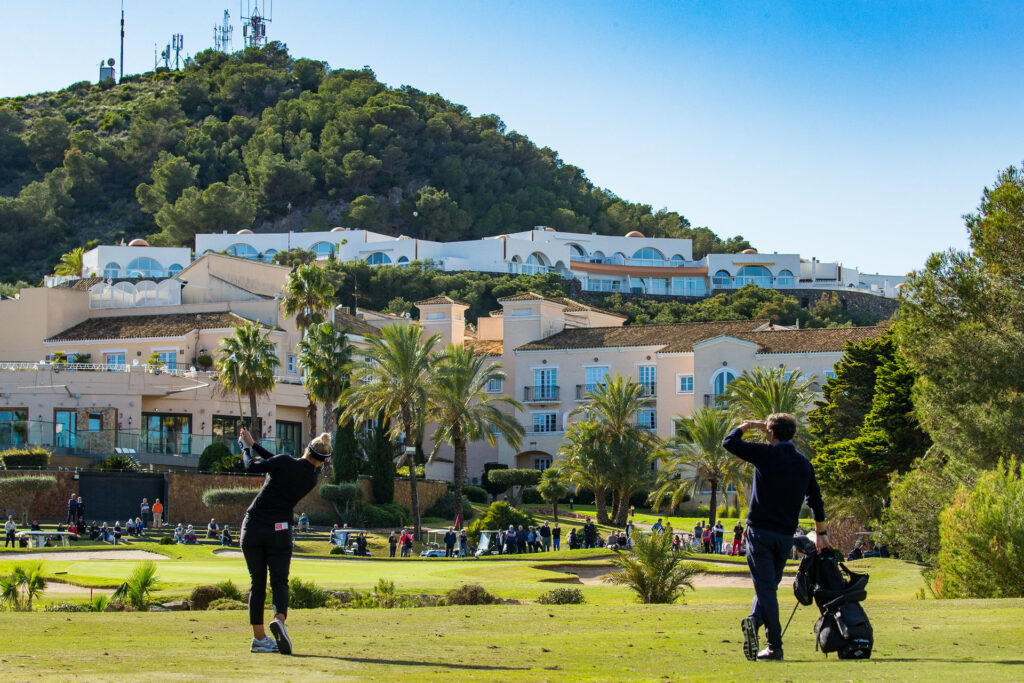 It's set to be a tough five days as 128 players, from 30 countries look to secure their LET cards for 2022 at La Manga Club

After attention was focused on the LPGA and the final four rounds of their LPGA Q-Series, our attention now turns to the Ladies European Tour (LET) and La Manga Club’s North and South Courses. 128 players from 30 countries will be competing in the Final Qualifier from Thursday 16 – Monday 20 December.

It’s not quite the eight rounds over two weeks like it was Stateside but five rounds over five days is going to be an extremely tough challenge as players battle it out for a place on a tour that is back on the rise after some turbulent years.

Here’s all you need to know.

La Manga Club plays host once again to the prestigious tournament with Wales’ Amy Boulden winning the most recent Q-School played at the same venue in January 2020.

Before that Anna Nordqvist, Caroline Masson, Caroline Hedwall and Jodi Ewart Shadoff took top honours when the Spanish Resort hosted in 2008, 2009, 2010 and 2011.

90 holes of stroke-play competition with 128 players cut to 65 players and ties after 72 holes. For the first four rounds, competitors will alternate between the North and South courses. The final round will be played on the South Course.

What are the players playing for?

Pettersson hoping to open up options at LET Q-School

Sweden’s Lisa Pettersson topped Pre-Qualifying at the 2022 LET Q-School, posting a 72-hole score of nine-under-par, and sailed through to the Final Qualifier.

The 26-year-old played the full 2021 season on the Symetra Tour in the United States but has come back to Europe to try and gain status on the LET.

“I played the full year on the Symetra Tour, and I really like it there. I do struggle being so far away from home since I do live in Sweden.

“I came here feeling like I don’t have too much pressure because I still have my Symetra Tour status, but I want to open as many doors as possible and see what the LET has offer.

“I still haven’t really decided where I want to be next year so it will definitely open up all the doors possible. If I play well, then I will have a decision to make.

“If I don’t play well then, I don’t have a decision to make, I have to go with Symetra Tour. I feel like the LET is growing so fast and getting to be a really good Tour, so it would mean a lot to have a chance to try it out.”

It’s safe to say it’s set to be a mentally and physically tough five days ahead and with the North and South courses at La Manag running side by side and sharing a clubhouse, it promises to provide an electric atmosphere for those battling it out for a place on the 2022 Ladies European Tour.