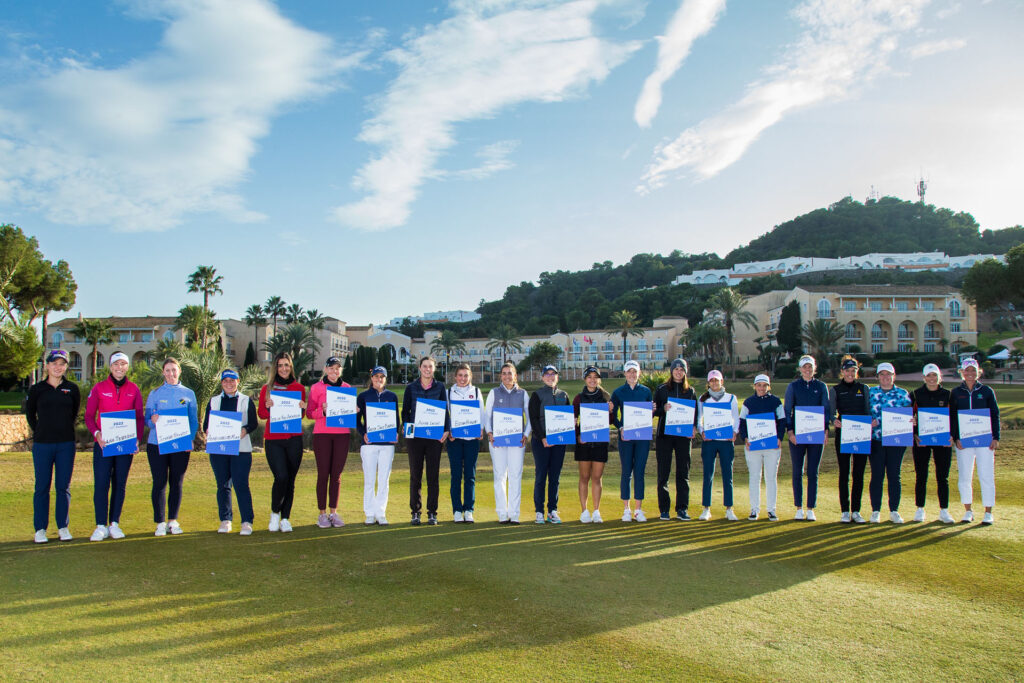 American Gabriella Then produced a blistering final round of 67, six-under-par, to win the Final Qualifier at LET Q-School by four shots.

The 26-year-old has spent two weeks at La Manga Club getting to know the North and South Courses as she came through Pre-Qualifying in a tie for 10th place.

It was a hot start for the American with three birdies in four holes on her front nine and she continued that form with three more birdies on the back nine to seal the victory.

“I was just taking it one shot at a time, so I had no idea where I stood, and I was very surprised.

“I had some really good moments on the front nine. I gave myself a lot of great birdie chances and was keeping it steady, and on the back nine when the wind picked up, I kept playing my shots and giving myself chances.”

Then stopped playing golf in August 2019 after failing to make it through the first stage of LPGA Tour Q-Series but decided to pick up a golf club at the start of 2021 and has restarted her professional career.

“It feels amazing, I can’t believe that this is happening right now! This is my first time playing in Spain and playing in Europe, so I’m excited for next year.”

Sweden’s Lisa Pettersson, who finished top of Pre-Qualifying last week, grabbed second place on eight-under-par having shot rounds of 73, 71, 67, 70 and 72 this week. The 26-year-old said:

“After last week I had some expectation on my game. I tried to go out and not look at the leaderboard and take one shot at a time and it worked. I came here with the goal of securing a card so I’m very happy with it, I’m super excited to be playing on the LET next year.”

France’s Agathe Laisne ended the tournament in third place on seven-under-par having shot a final round of 72 (-1).

“I’m very happy, it feels like a Christmas gift, I’m very proud of myself as the good work with my team paid off, so I’ll definitely enjoy the holidays.”

One shot further back was Sweden’s Linn Grant and Germany’s Sophie Hausmann were T7 with Spaniard Paz Marfa Sans, Wales’ Becky Brewerton and Switzerland’s Anais Maggetti rounding out the top 10.

It’s worth noting that Linn Grant from Helsingborg and Agathe Laisne from Paris, both 22-years-old are now members of the LPGA and LET for 2022. A pretty impressive feat in their first year as a professional!

View the final results from the LET Final Qualifier here.