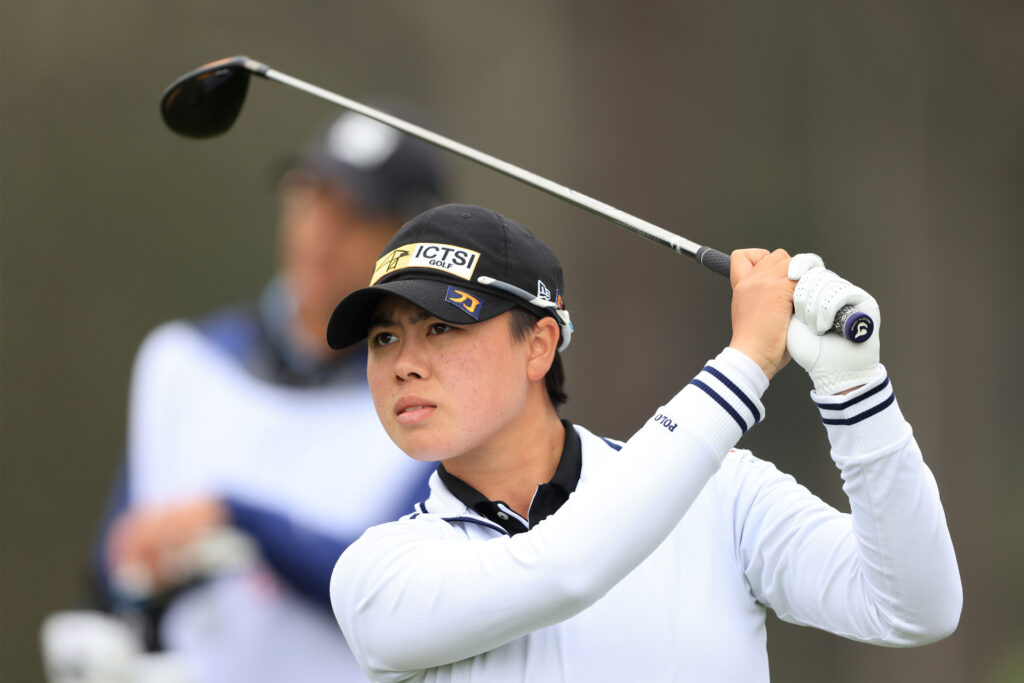 Mel Reid's lead slips but amateur Megha Ganne keeps her cool on a cold and breezy second day at the U.S. Women's Open.

On a cool and breezy day at The Olympic Club, where temperatures barely got above 50 degrees Fahrenheit, first-round leader Mel Reid let her lead slip away after being one-under at the turn, she bogeyed three of the last five holes to finish two-over and four of the pace at -2.

We started the week wondering whether a European might win, as this has only happened on eight occasions at the U.S. Women’s Open. Annika Sorenstam was the last to win in 2006. Going into the weekend this responsibility falls to England’s Reid who with Swedish amateur Maja Stark, sitting one shot behind her, are the only players left in the hunt.

Reid is still in the hunt

Reid should not be discounted over the last two days and she when asked about how she felt her round went and the weekend ahead, she is remaining positive, she said:

“It was tough today. It was cold. It was definitely colder. It kind of I just felt a little bit of a nick in my back a little bit on the back nine. I was just trying to make the best swing possible. Didn't hit it as good today. I know exactly what I'm doing, so that's fine.

“I just was struggling to kind of rotate a little bit. A little bit of a disappointing finish, but you're going to have a stretch of four or five holes like that in a major where you just have to grind out pars, and I did the best I could, but in a great position going into the weekend. If someone would have said I was three back going into the weekend I would have taken it.

Holding the 36-hole lead is 19-year-old Yuka Saso, who shot a four-under 67 to sit one shot ahead of 2019 U.S. Women’s Open champion Jeongeun Lee6 who carded a late flurry of birdies at 15, 16 and 17 to earn solo second at -5. She is followed by sixth-year LPGA Tour player Megan Khang and amateur Megha Ganne in a tie for third at -4.

Filipino Saso who is currently ranked 40th in the world, is a member of the Japan LPGA and is a two-time winner on that tour. She is looking for her first LPGA Tour win and finished 13th at last year’s U.S. Women’s Open in Houston, her best finish in a major. This year she held the 36-hole lead at the LPGA LOTTE Championship in Hawaii where she went on to finish in sixth.

Amateur Ganne revelling in the spotlight

Joint first round leader with Reid was 17-year-old amateur Ganne, she carded an even-par 71 and is enjoying the new-found spotlight. She commented:

“I wish every event I had a gallery watching me because it just makes me play better, I think. I love being in the spotlight, so it's been really fun.”

We are sure that there is an exciting weekend ahead with the Lake Course bound to throw in more tough challenges for the remaining 66 players and with major and LPGA tour winners Shanshan Feng, Inbee Park, Lexi Thompson, Nasa Hataoka and Ariya Jutanugarn all within five shots there are likely to be a lot more twists and turns ahead, it’s a major after all!