The latest from the LET with Alexandra Armas 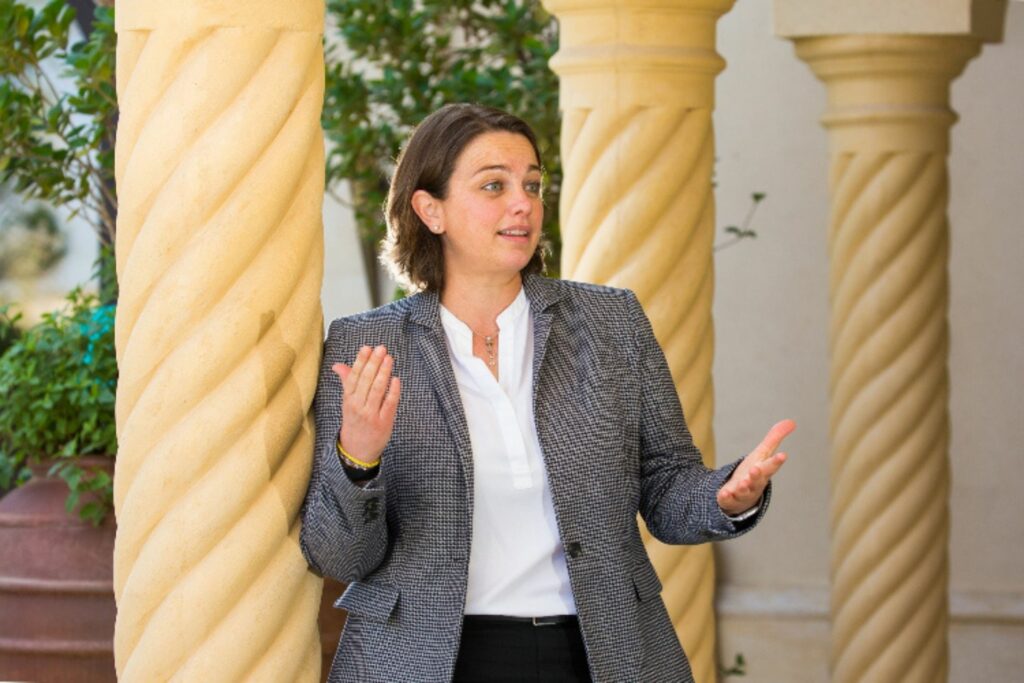 Alexandra Armas, CEO of the Ladies European Tour, lets us in on what’s going on behind the scenes at the LET and shares her thoughts on the future of women’s golf.

A former LET professional herself, Alexandra is no newcomer to the world of women’s golf. She competed on the tour from 2001 – 2005, before returning to the Ladies European Tour as CEO in 2020 – right before the pandemic struck.

Alexandra has since taken the tour through, undoubtedly, its toughest ever year.

It was fairly well documented that the tour looked as though as it could be under threat, with a diminishing tournament schedule.

But now the tides are turning.

The LET is thriving; we’re set for a full schedule of tournaments in 2022, TV coverage is growing and interest in the women’s game, in general, is on the up.

So, what’s next for the Ladies European Tour?

For now, Alexandra told us, it’s all about building momentum; having a full schedule of tournaments in as many different countries as possible and creating new opportunities.

“We have to have a full schedule of events to be able to keep growing. There’s some amazing young talent that is coming through and they’re hungry for competition.

“All of that means more TV coverage, then the game sells itself.”

Could more collaborations with the LPGA be on the card?

With the Aramco Team Series in New York recently, the LET has gained some great coverage in America this year. Does that collaboration with the LPGA mean we might see the LET venture across the pond a bit more often?

“We're in the beginning of this relationship with the LPGA. COVID-19 gave us a bit of a change of direction in our strategic thinking. But things are normalising and we hope to work a bit closer together. We’ve started those conversations about what women's golf and global growth may look like going forward. Ultimately, our focus is the same as theirs. As those conversations and the relationship evolves, there could be other opportunities.

“I think there's definitely a willingness from both organisations to continue collaborating and to unify the women's game. I think we will all see the benefits of working together.

“Ultimately, we all want to make sure that we draw as much attention as possible to women’s golf and generate more commercial interest in the sport.”

Golf’s big moment: But what does it mean?

It’s fair to say that women's sport is having a bit of a moment, and it’s getting a lot more TV coverage than it's ever had – women's golf included. But what impact will that have on the game and participation?

“It will undoubtedly be positive”, Alexandra tells us.

“It's about breaking down barriers and changing perceptions. I think women's sports, in general, is perceived as not being as competitive or it's not as appealing. But the fact that it's more visible across all different sports is dispelling that. These are amazing athletes and they've worked as hard as the men. The journey to get to the top level is exactly the same so they deserve the recognition.”

What are the biggest challenges facing women’s golf?

“A big challenge is how much time it takes to play golf, so finding formats that can reduce that is a real opportunity.”

In a lot of ways, that’s being addressed with formats like Golf Sixes, which has been successful in both the amateur and professional game.

But we know from experience that time is still a debilitating factor for so many.

In our business networking event earlier this month, we heard from England Golf how there is a real gap in participation of women in their 20s to 40s, with time being the biggest barrier. Between careers, children and everyday life, it’s hard to carve out four or five hours to play a round of golf.

“We have to get away from this idea that if you don't play 18 holes, it's not really golf. The sooner we can get our heads around the different ways of playing the game and changing that narrative, the better.”

“We know that when people get in to golf as children, even if they take a break from the game, they’re likely to return later. The pandemic has proved that; every federation in Europe has seen a spike in participation, and we’ve seen people that haven't played for many years coming back to the game.”

You can read the latest news from the Ladies European Tour and find upcoming tournaments at ladieseuropeantour.com.