Service of Thanksgiving for Peter Alliss 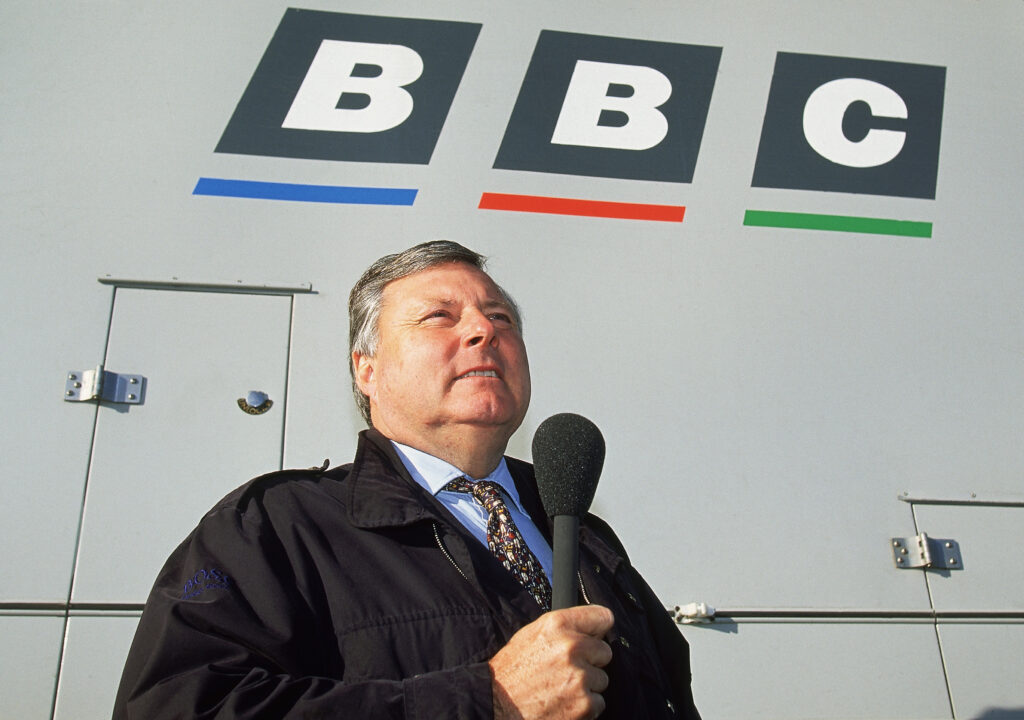 On the eve of the 150th Open a Service of Thanksgiving for Peter Alliss took place at the University of St Andrews. The Professional Golfers' Association were there to pay their tributes.

Words by Adrian Milledge for The PGA

Laughter and tears were plentiful at a Thanksgiving Service to remember and celebrate the life of Peter Alliss on the eve of the 150th Open Championship.

Alliss, who was one of The PGA’s most distinguished Members and known as the Voice of Golf, was due to end his seven decades of broadcasting once the final putt had been holed in what would be the 150th Open Championship at St Andrews.

The milestone anniversary and its staging at the Home of Golf made it the perfect occasion at which to bow out.

Fate, however, intervened. Less than three weeks after describing Dustin Johnson win the Masters at Augusta in 2020, Alliss passed away and his retirement plans were foiled.

Then Covid-19 got in on the act. The 150th Open was put back a year and with it the celebration of Alliss’ life.

Watch the Service of Thanksgiving for Peter Alliss

Nevertheless, as was apparent to the 400 guests during the tribute-laden occasion at the University of St Andrew’s Younger Hall, the hiatus had failed to dim the memories of what he had crammed into his 89 years and the myriad of talents he exhibited along the way.

And just as the 150th anniversary of the oldest and most revered major was an apposite time in which to stage the celebration, likewise the venue.

It was there, 17 years ago, that Alliss was the proud recipient of an Honorary Degree of Doctor of Laws.

“He was also a proud PGA Member,” said Sarah Bennett in her tribute on behalf of the Association.

Bennett, one of his successors as PGA Captain, also described him as a member of and progenitor of a golfing dynasty.

The son of a golf pro who also captained the PGA and played in the Ryder Cup, Alliss fathered three sons – Gary, Simon and Henry – all of whom boast successful careers in the world of golf.

Simon, as was evident during the Thanksgiving Service, also appears to have latent talent as a poet.

His lengthy poem ‘I’m famous you know’, referred to his father’s self-deprecating reaction to being approached for an autograph or engaged in unsolicited conversation by a stranger.

The personalised car registration PUT 3 in reference to his fallibility with a putter and description of his commentating as ‘waffling a lot’ follow suit.

In which case, one wonders what he would have made of the tributes paid to him in the Younger Hall by fellow broadcasters Steve Rider, Hazel Irvine, Eddie Butler, Andrew Cotter and Judy Rankin, the DP World Tour’s Guy Kinnings, and Jean Van de Velde, the golfer whose implosion at Carnoustie at the business end of the 1999 Open tested his commentary skills to the full.

Steve Rider had some great stories to tell

Rider, who spoke without notes for 10 minutes, worked with Alliss for 30 years and recalled:

“He told me that what he wanted to do was illuminate the eccentricity and innate silliness of this glorious game of ours.

“He had the imagination and vocabulary of a poet and the timing of a great stand-up comedian.

“And I cherish the moment when he described one particular player who was fiddly, neurotic and nervous in his pre-shot routine. Peter likened him to a wet Labrador trying to get comfortable in front of a log fire.

“But it wasn’t all for laughs. He was very concerned about getting the right tone in his commentary for what happened at Carnoustie in 1999.

“He agonised over that. I was sitting alongside him that day and it was one of the most sympathetic and sensitive commentaries I heard him deliver.”

Rider attributed that to Alliss experiencing a meltdown during the Masters in 1966 and added:

“We were working at Augusta in 1986 and walking to Amen Corner. On reaching the 11th hole Peter touched me on the sleeve and said ‘wait, I want to have a moment’.

“He told the story of how, 20 years earlier playing with Gene Littler, he got on the green in two and then his brain went into a complete fog.

“The way he told the story was charming but clearly the hurt was there and there was a great deal of humour. He said they put me down for a 10 but it could have been a 15. He added he walked off that 11th green and was never the same player again.

“I thought the roots of the commentary he delivered at Carnoustie in 1999 stemmed back to his experience on the 11th green at Augusta.”

The unmistakeable Voice of Golf

Kinnings described Alliss as an incomparable broadcaster, the unmistakable Voice of Golf and the soundtrack to the sport.

“He had a wit like no other,” he said. “A raconteur with no compare and the finest dinner company imaginable. He was admired and respected throughout the world of golf, for which there are many reasons. In golfing terms there was only one thing – his complete credibility.”

Kinnings revealed Alliss was also a proud father who often called him 'on the QT' about Simon who also works for the DP World Tour.

Rankin endorsed those sentiments and highlighted Alliss’ love for Jackie, his wife. As did Barbara Slater, the head of BBC Sport in presenting her with a replica of the Sports Personality of the Year Award trophy from Team BBC to Team Alliss.

In addition to the wit, credibility, acute powers of observation and empathy with the players, there was that voice.

“Peter’s voice will never leave my head and I’m very grateful for that,” said Irvine. “When you look back on some of the key moments in the history of golf, what Peter said about them is as much a part of our memory as that which we actually saw. Not many broadcasters are as closely woven into the fabric of their sport as was Peter Alliss.”

Words by Adrian Milledge for The PGA – view the original article here.