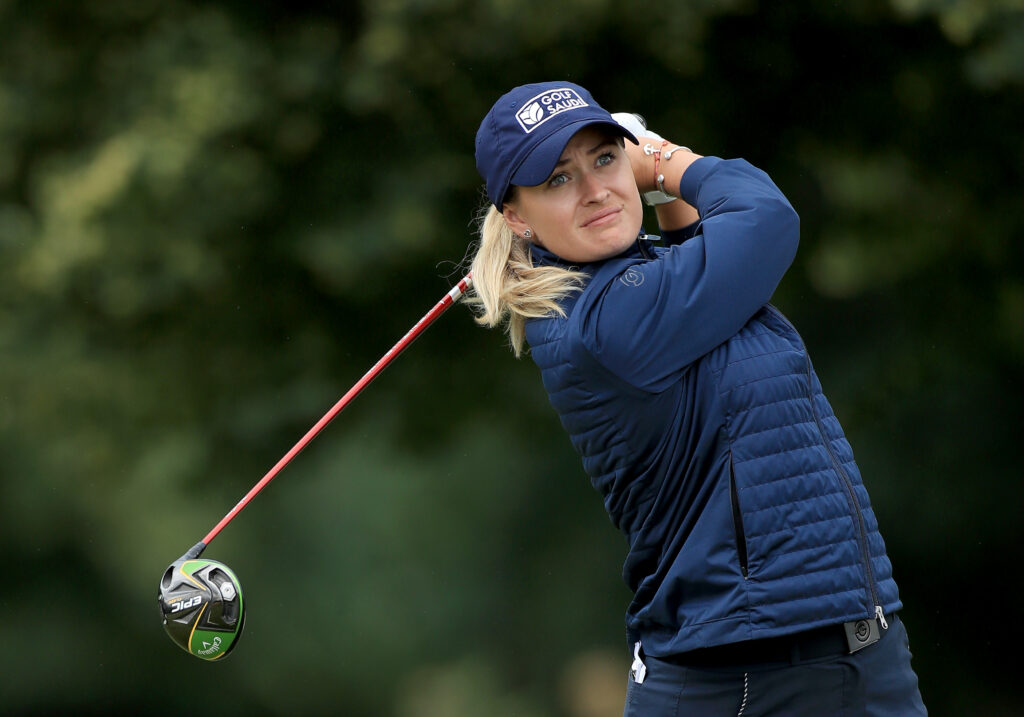 Following fresh reports that Saudi Arabia is torturing female activists in prison, Harriet Shephard explores whether the women’s tour should be visiting the country at all.

The year 2020 has been a challenging one for all of us, and that includes the players on the Ladies European Tour.

With play suspended in March and no opportunities to compete until it resumed in August (apart from the Rose Ladies Series), it wasn't exactly the strong season that many hoped it would be.

Up until a few weeks ago, the European stars of the women's game only had two more events before the end of the year.

But then it seemed like things were looking up…

At first, it seemed like purely fantastic news. But behind the cool compaign videos and star player announcements, some uncomfortable allegations have been made.

So, in this unusual situation, there's far more to consider than just the quality of the course and the prize money.

Amnesty International has expressed concern over the tournaments and only last week the sister of a jailed Saudi women's rights activist wrote directly to the players and begged them to boycott the events.

A human rights charity has also reported that female activists in Saudi Arabia are being tortured through electric shocks, flogging and sexual harassment.

So, as much as we want to see the LET grow and find new opportunities, we felt compelled to delve a bit deeper and explore why women's golf has suddenly found itself at the centre of a human rights debate.

Let's be honest, the country doesn't have the best reputation when it comes to equality, empowering women, or respecting human rights in general…

Women were not allowed to drive in the Kingdom until 2018, and only last year they were given the right to travel independently (without a male guardian) and also register births, marriage or divorce.

A "male guardian system" still remains which means that from birth until death, a woman must rely on a man (generally her father or husband), to make most decisions on her behalf.

The players who are making a stand…

Several players, including England's Meghan MacLaren and Mel Reid, have already declared that they won’t be attending the events in Saudi Arabia.

Mel, who came out as gay in 2018, said it wasn't a place she felt comfortable visiting.

Meanwhile, Meghan told The Telegraph: “I’ve decided not to play based on what I think sport is being used to do in Saudi Arabia. It’s far more complicated than any one individual, so it’s a personal decision and not something I would push onto anyone else. But based on the research of organizations like Amnesty International, I couldn’t be comfortable being part of that process.”

Compared to those showing full support

That said, many of the girls, including home favourites Charley Hull and Georgia Hall, plus Rose Ladies Series Grand Final winner Alice Hewson and Solheim Cup star Carlota Ciganda, all seem genuinely excited to play in Saudi for the first time.

Swiss Ladies Open winner Amy Boulden is even a proud ambassador for Golf Saudi and she went over there to run chidren's clinics at this year's Saudi International.

The men's event, which has taken place in both 2019 and 2020, also generated considerable criticisim.

When asked about how he felt about competing in Saudi Arabia Justin Rose said “I’m not a politician, I’m a pro golfer", while 2019 winner Dustin Johnson contributed “It’s my job to play golf.”

But when I spoke to the 27-year-old Amy just a few weeks ago, she had some very positive and well-considered things to say that left me feeling hopeful about how the country was trying to grow the game.

"It was really good because the school groups coming for clinics were either all girls or mixed," said the Welsh star.

"I was so surprised because normally, especially in the UK, kids can be quite shy, but over there they were so excited to give it a go as they'd never even seen or been around golf before. It was really refreshing to see how happy they were to try a new sport.

"It's actually a really nice country, it's just a different culture and way of life."

Are the events actually a positive development?

You could argue that Amy makes a good point…

Instead of viewing the tournaments as ways of disguising and distracting from the country's abuse towards women, perhaps it’s a step in the right direction.

By letting successful sportswomen showcase what they can do in Saudi Arabia, we'll be helping to inspire, empower and uplift their women. The schemes to get more women and girls involved in golf will help them too.

While there are no Saudi nationals competing at the LET events (women haven't previously been given the opportunity to play, never mind get up to Tour standard), Golf Saudi aims to introduce more than 100,000+ children to the sport by 2025 and have 30,000+ Saudi national and Saudi registered PGA Professionals by 2030.

These are amazing goals and, if it's genuine, it will make all the difference.

Laura Davies is one who sees it this way, although she hasn't yet confirmed whether she will be going or not.

“I’d rather go with that they’re trying to make changes than they’re just using us, type of thing,” Laura said to Golfweek.

“You’ve got to make the first step. I think the women playing in Saudi Arabia can only be a good thing."

It’s also worth noting that the tournament is allowing the girls to wear mid-calf or three-quarter length “cut away” trousers and short-sleeved polo shirts.

This is quite significant, as elsewhere female tourists are not allowed to wear anything cut above the knee. In fact it was only in 2019 that the dress code was relaxed and women weren’t required to wear an abaya (traditonal dress) and a headscarf anywhere public.

Or is the latest evidence too much to ignore?

Prior to last week, you could suggest that some of the players were simply unaware of how brutal the Saudi regime is.

But now, after receiving such a personal and passionate appeal from the sister of a jailed Saudi women's rights activist, that excuse is no longer valid.

The aforementioned letter was published in The Independant and, along with statements from various human rights organisations, it made shocking reading.

25-year-old Lina said: “The current Saudi regime uses sports to whitewash its crimes, to have a window to the West, while maintaining and even worsening women’s conditions inside the country. Don’t go to Saudi Arabia, don’t help that barbaric regime launder its reputation through your excellence. Stand in solidarity with women’s rights activists. Boycott the Ladies European Tour events in Saudi Arabia.

“As a leading athlete you have a platform, and with that platform comes responsibility. Your endorsement – implicit or explicit – carries enormous weight. As a woman, you know that women’s rights are human rights, and that the battle for equality is far from won. In Saudi Arabia, that battle is being lost – and my sister and campaigners like her – have been tortured for asking for the basic rights that we should all be able to take for granted. Don’t let them make you complicit in their crimes.”

Meanwhile, a spokesperson for the charity Grant Liberty backed up her accusations in a statement that read: “The Ladies European Tour is being used. The Saudi regime wants to hide its despicable treatment of women’s rights campaigners behind a multi-million dollar event that top female athletes should not be part of."

According to the organisation, there are currently at least 12 female women’s rights activists in Saudi prisons and of those 12, at least five have been tortured, and at least four have endured some type of sexual violence.

It's reported that none of the players have responded to the letter.

Furthermore, when we contacted the LET for response, they said that they didn't wish to comment.

With playing opportunities so scarce this year and the prize money the best on the rota aside from the AIG Women's Open and Ladies Scottish, we can certainly see why it's an offer that's hard to refuse.

At the moment, both tournaments are set to go ahead from November 12 to 19.

Whether it should happen or not is not for us to say, and we can certainly sympathise with both sides of the argument.

Whatever happens, we can only hope for a brighter future for the women of Saudi Arabia.

If golf is able to contribute towards this progress, that's just an added bonus.

For more about the LET events in Saudi Arabia visit www.golfsaudi.com.