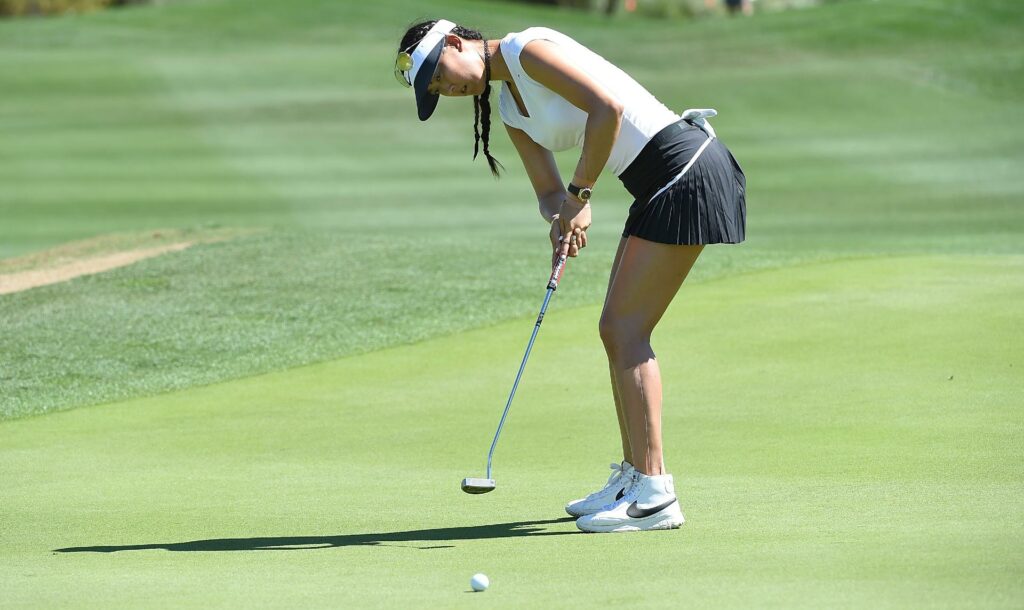 Michelle Wie West shouldn’t be blamed for the objectifying jokes made about her, instead we should be condemning the man who made them, writes Harriet Shephard.

I don’t want to be negative in the midst of such an exciting time for women’s golf, but I have to say that some of the comments made in response to the objectifying remarks made about Michelle Wie West, left me aghast.

And the worst thing was some of them were made by women...

In case you missed it, former New York City mayor Rudy Guliani told a ‘funny story’ on a podcast about how he could see the Solheim Vice Captain’s ‘panties’ when he played golf with her in 2017.

Then, holding her head high, Michelle responded on Twitter with class and dignity.

“I shudder thinking that he was smiling to my face and complimenting me on my game while objectifying me and referencing my "panties" behind my back all day,” she wrote.

“What should have been discussed is the elite skill level that women play at, not what we wear or what we look like.”

Obviously, I applauded her and totally agreed. However, there have been some suggestions that if she didn’t want people saying things like that than she shouldn’t have been wearing such a short skort – in essence, she was ‘asking for it’.

Are you kidding?? Did the last 70 years not happen?

I can’t believe that a column like this is still necessary, but here we are.

This is why I firmly believe that Michelle was not to blame for these offensive comments...

The term victim blaming is normally used in relation to the idea that a woman is more likely to get raped if she is wearing revealing clothing. A recent survey done for The Independent found that 55 per cent of men, and 41 percent of women, believed this to be true.

But in the same article, a spokesperson for Dublin Rape Crisis Centre said that theory idea is totally false, and that people get raped wearing a ‘variety of clothing'.

However, victim-blaming is somehow still ‘deeply entrenched’ in society.

“We blame [victims] and we ask them what they could have done to prevent it,” she said.

“Maybe it is as old as time. In the Bible, the first thing Adam said to God was, ‘Women tempted me’.”

Suggesting that Michelle Wie tempted or invited these comments is totally insulting. As is saying that she wouldn’t have had to suffer them if she dressed differently.

Where is the evidence to suggest that this man would have shown her any more respect if she had a different outfit on? And why should she have to dress differently and change her appearance, surely Mr Guliani is the one who needs to change.

She's out there to win, not provoke

Okay, I’ll admit that some golf ‘influencers’ do pose for photos that are clearly inviting people to ogle them.

But nobody can seriously say that major-winning Michelle Wie is thinking about how sexy she looks when she’s standing over a putt?

She’s not bending over to invite attention, she’s doing it to help her hole more putts and win tournaments – something she is very, very good at.

As she said, she won the U.S. Women’s Open the same year that this ‘hilarious’ story took place.

She was wearing a skort anyway

Perhaps the most ludicrous thing about the story is that she wasn’t actually showing her ‘panties’ at all.

For anyone a bit lost, a skort is a genius invention which features a skirt with shorts sewn in underneath. This means that you don’t have to worry about accidentally flashing your underwear when playing sport.

Michelle is also tall, over 6 foot! Any skort is going to look shorter on her than the average girl. But I don't think that should stop her from getting her legs out on a hot day.

Appearance also affects sponsorships to some degree; she can’t be criticised for wanting to look nice and wear a skort that she knows suits her.

Are some of those criticising her a bit jealous of her athletic physique? Just a suggestion...

This is NOT the way to make golf more inclusive

As I’ve said before, many women want to look good when playing sport, and for most of us, when we feel comfortable and confident, we perform better too.

Showing athletic, stylish professional golfers on TV will encourage more young women into the game - telling them that short skorts are unacceptable, or that they should expect lewd comments if they do wear one, will not.

Of course, nobody should play golf in literally a bikini, I’m not suggesting that. But a Nike golf skort is clearly a piece of sportswear.

Isn’t this meant to be a game for everyone?

If we really want to prove that golf is inclusive, we need to stop suggesting that women need to watch what they wear in case men see it as an invitation to make rude comments.

Women should be able to wear what they like (within reason) without fear of being objectified and made to feel uncomfortable.

Just as cat calling can stop women wanting to run outside, creepy comments can stop them wanting to play golf.