Golf should dish out more punishments for slow play 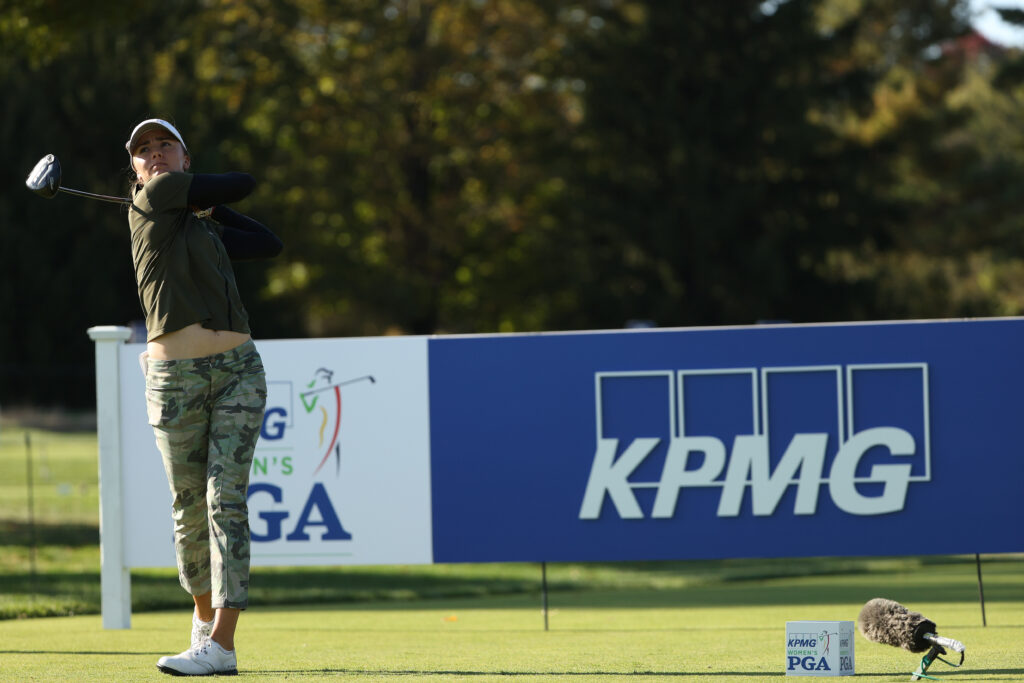 Czech player Klara Spilkova was awarded a two-stroke penalty for slow play at the KMPG, and Harriet Shephard thinks the officials were right to make a stand.

It's not unusual for slow play to be a hot topic at a professional golf tournament, but rarely is a player actually punished for it.

However, the officials at the KPMG Women's PGA Championship didn't feel like turning a blind eye to the problem this weekend.

Twenty-five-year-old Klara Spilkova of the Czech Republic was given a two-stroke penalty for breaching the KPMG Women’s PGA Championship pace of play policy.

The one-time Ladies European Tour winner was forced to add two extra stokes to her score after Round 2, and this meant that she missed out on making the cut (and a share of the prize money) by one shot.

The slow play procedure means that players are first warned by officials that they are on the clock, and then if they fail to rectify the issue (i.e. get a move on), a penalty is imposed.

Klara’s penalty was assessed on the 15th hole, and it changed her par into a double-bogey.

This meant she was seven over, and to make the cut she needed to get it back down to six over. Sadly, she was then unable to get a shot back over the last three holes, and she went home at the end of Round 2.

In 2017 Klara made history by becoming the first Czech player to win on the LET at the Lalla Meryem Cup, and it's a real shame she suffered this blow.

We last talked about slow play in the aftermath of the Scottish Open, where winner Stacy Lewis complained that her group took a very glacial five hours and 16 minutes to get round.

“I’ve been an advocate for changing our pace of play, getting people to play faster for a long time,” said Stacy.

Plus, Sweden's Anna Nordqvist - who finished fifth at the KPMG - told W&G that not only is slow golf boring to watch, it also makes it extra difficult for the players to stay focused.

Speaking after the Scottish Open she said: "I don’t know if any of us enjoyed it, it’s not fun just standing around. It’s a long time to keep focused and compete. There's no flow so it effects your game."

I don't know exactly how long Klara took to get round at the KPMG, but it seems a little unfair that she was punished but those responsible for slow play at the Scottish Open weren't.

However, slow play is a problem that definitely needs to be rectified.

So, if two-shot penalties will make players think twice about taking those extra few minutes to consider a shot, I think we should see more of them.

As you can see from the Tweet below, LPGA star Brittany Lincicome certainly agrees with me.

What do you think? Was it unfair on Klara or should we see more slow-play penalties awarded?