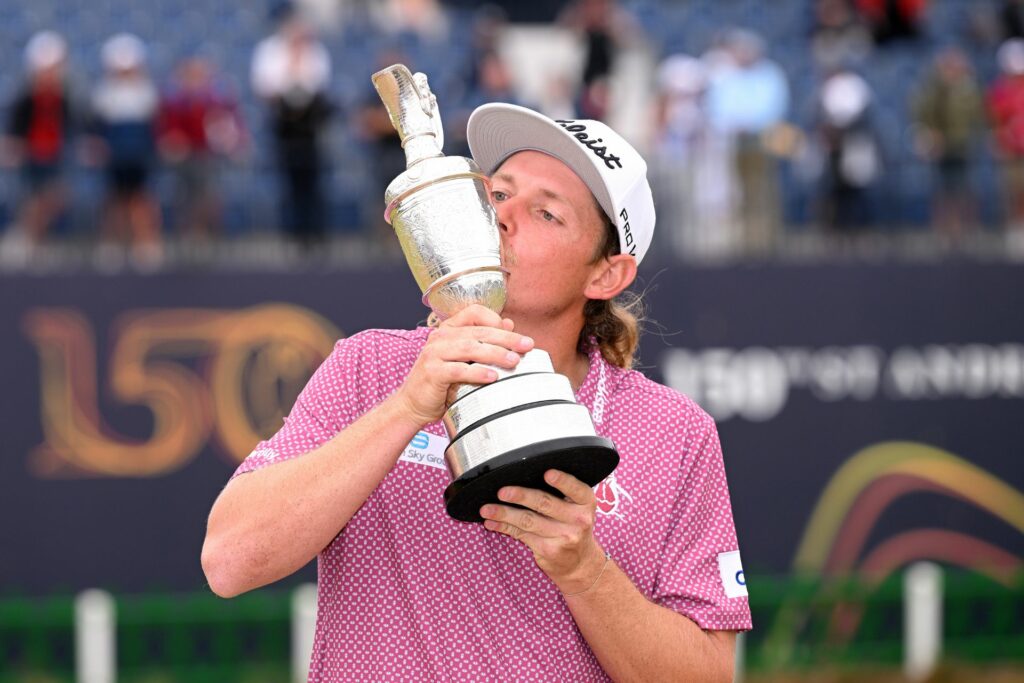 As Aussie Cameron Smith lifted the Claret Jug at St Andrews last weekend, we ask: Did we miss an important opportunity?

The final round of the 150th Open at St. Andrews was indeed a fitting finale to one of sport's great events. And the cool way in which a casually attired, 28-year-old Aussie holed birdie after birdie to win with one of the greatest final rounds ever was a great advertisement for our game.

But what was to follow caused me and other people I have talked to question whether it was an opportunity lost.

As Cameron Smith lifted the Claret Jug behind him was a well-respected line-up of influential figures in golf. As far as I could see all were men, all white and of a certain age.

And in that moment did we inadvertently support all the negative perceptions of the game that we’ve so desperately been fighting against?

I’m obsessed with The Open and  I love the years of history and tradition the championship brings. It’s what makes The Open what it is.  And why year after year it’s one of the most, if not THE most, anticipated tournaments in golf. But as I watched the trophy ceremony on Sunday I couldn’t help feeling a bit let down.

Tradition and history are fine and are constantly referred to at tournaments like The Open and The Masters. But for a long time now we’ve been boldly telling the world:  “Golf is a sport that anyone can enjoy. Men, women, young and old. Any race. Any religion. Any ability”.

Governing bodies, golf clubs, the media ….. everyone has been united in telling that same story to change the way people think about golf. To make it more inclusive. And to grow the game. Yet what the world saw in those final few moments at St Andrews last weekend seemed to be exactly the opposite.

Are we guilty of talking the talk but not walking the walk? Saying we want to make golf more inclusive and more diverse but failing to show it on arguably one of the sport’s biggest stages, watched by millions?

I’m not saying the men that stood in that line-up on Sunday shouldn’t have been there. They absolutely should have been. They were all instrumental in making The Open a success that weekend and they all contribute so much to the game.

But I also strongly believe that there is true value in diversity. I understand the current status of the game means that by default there are more men (and white men for that matter) in the industry. And that The Open is obviously a tournament for men.

And I understand it has taken, and will take, time to change - it certainly won’t happen overnight.  But I think it comes down to the idea that if you can’t see it you can’t be it.

If you don’t see people like you, you’ll find it hard to feel like you really belong. And why would you want to get involved in something where you don’t fit in?

Everybody is aware of the tremendous effort the R&A puts into growing the game. The influence and efforts of the R&A are worldwide.

Using opportunities like The Open, watched by millions, is clearly important.

We want to hear from you! Have we let handicaps get too high? Have your say.

66% of girls drop out of sport by puberty: How do we keep them in golf?