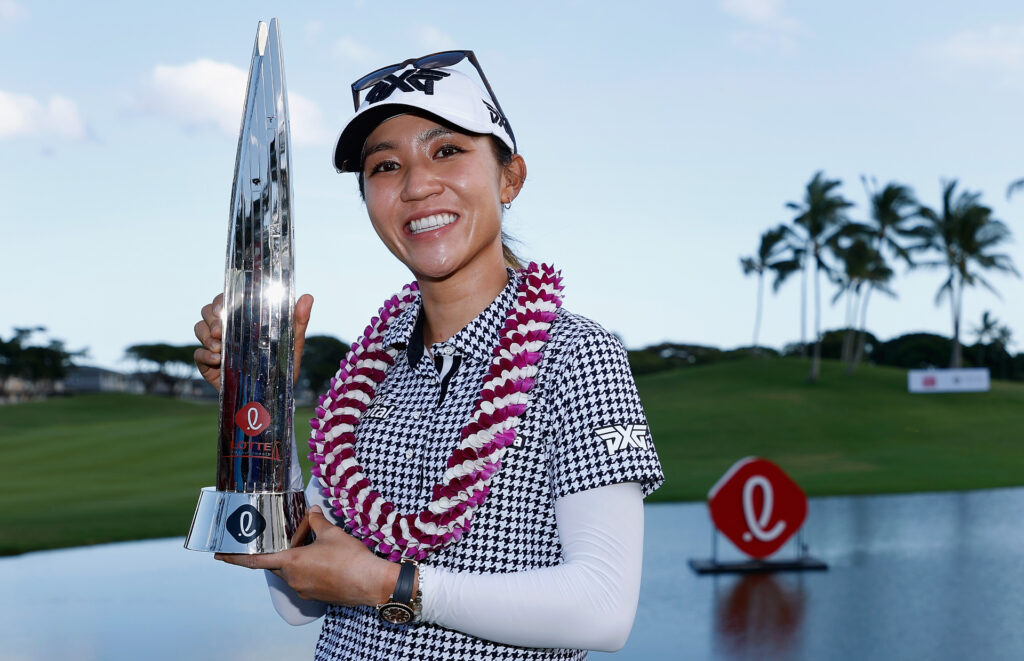 After 1,084 days Lydia Ko is back in the winner’s circle, claiming her 16th tour victory at the LOTTE Championship in Hawaii

Just two weeks after we saw Jordan Spieth end a 1,351 day drought and Hideki Matsuyama end his after 1,344 at the Masters last week, it was Lydia Ko’s turn to step back into the winner’s circle.

The New Zealander came into the week after a second-place finish at the ANA Inspiration two weeks previously. Her final round ten-under par had been a masterclass in ball striking and course play, so there were high expectations for her this week.

Ko dominated the final round

Ko went into the final round on Saturday at Kapolei Golf Club with a one-shot lead over American Nelly Korda. She was one-under for the round as she came to the ninth hole and then went on a birdie streak over the next four holes, with two more birdies on 14 and 17 to finish with a seven-under 65.

Winning for the 16th time, Ko’s 260 breaks not only her personal-best but also the tournament scoring record and the third lowest in LPGA Tour history.

A win that means everything

Asked how much the win in Hawaii had meant to her, she said:

“It means a lot. I think there were times I think it was harder and sometimes when it's not about other people's expectations, but when you put expectations on yourself and you feel like you're not reaching it."

“I was putting more pressure on myself and doubting myself, and I've been very fortunate to have a very supportive family and team and friends that have just built the confidence in me.”

The 23-year-old has credited coach Sean Foley with helping her to get back to her best, with her results in four events in 2021 including two second places and a tie for eighth:

"Sean I feel like gives me so many great wisdoms and builds that confidence in myself where at times I didn't feel like I had it."

It was exciting to see Irish rookie Leona Maguire, five shots back going into the final day, competing to win her first tournament. Although the deficit proved too much to overcome, a final round 67 and tied second finish has given her a lot of confidence heading into the HUGEL-AIR PREMIA LA Open:

“Yeah, absolutely. Try and carry forward this momentum. Obviously, it's a quick turnaround being a Wednesday start again. I don't know the new golf course, somewhere we haven't been before, and looking forward to that challenge.”

Canadian Brooke Henderson who was looking to win her third LOTTE Championship in a row tied 27th.

The LPGA Tour’s next stop is Los Angeles and another Wednesday start. Ko's dominant performance does not really show this week's full picture as there were some really low scoring rounds, including a final round 63 from Inbee Park and with Patty Tavatanakit making her first start since her major victory, there's another exciting week ahead.