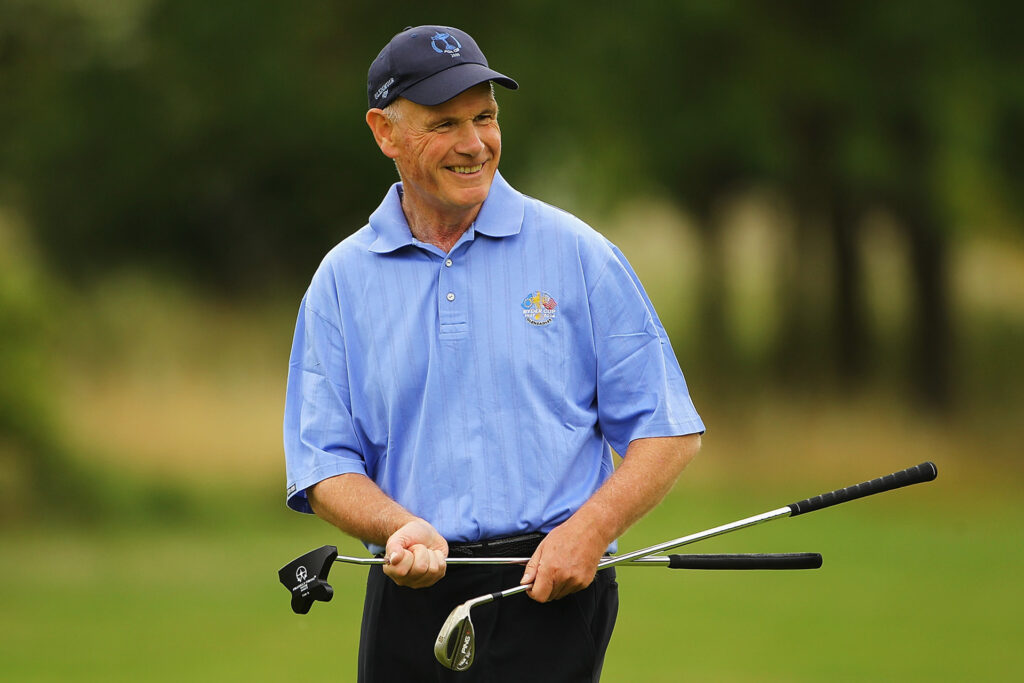 The PGA is sad to report that its former Chief Executive and a hugely popular figure in golf, Sandy Jones, has passed away.

The world of golf has paid tribute to Sandy Jones, a golfing ‘visionary’, key architect in the evolution of The PGA, the Ryder Cup and growth of the game worldwide, who has passed away following a short illness.

Sandy, who was 74 and a proud Scot, joined the Association in 1980 and served it until his retirement in 2017 after a stellar career that saw him become one of golf’s most influential and respected administrators.

His first role with The PGA was the Scottish region’s Secretary and his compatriot and the Association’s current Chairman Alan White, recalled: “He did the job from home in those early days as there was no office.

“The region was also fragmented but Sandy united it during the time he worked there and the headquarters is now at Gleneagles.

“He followed suit as the Association’s Chief Executive and in doing so raised its profile, developed the PGA brand and made us one of the most highly respected organisations in sport. We owe him a massive vote of thanks.”

A significant figure in the world of golf

Sandy was succeeded as Chief Executive by Robert Maxfield, who, paying tribute, said: “Sandy led The PGA for more than 25 years, instigating significant change and improvement to the way the Association was run.

“Through his work with the Ryder Cup, the PGA World Alliance, and PGAs of Europe, he was a significant figure in the world of golf as well as in Great Britain and Ireland.

“He was respected and admired by many. This is a sad day for the Association and we owe him a huge debt of gratitude.”

Guy Kinnings, DP World Tour Deputy Chief Executive, Chief Commercial officer and Ryder Cup Director, added: “Over the last 40 years, Sandy made a huge contribution to golf at all levels of the game, from the grassroots right through to the Ryder Cup.

“He was hugely respected and his passion for our sport was obvious to all of us who were fortunate to meet him and work closely with him. In terms of the Ryder Cup, he played an integral role in helping it become the global sporting occasion it is today.

“Everyone associated with Ryder Cup Europe and the European Tour group is deeply saddened to learn of his passing, and our thoughts are with his family and many friends at this sad time.”

Sandy also had many dealings with The R&A and Peter Dawson, its former Chief Executive, said: “Our time overlapped for a lot of years. Sandy was obviously very experienced and always had a level head in a crisis, although there weren’t too many of those, thankfully.

“He was a delight to work with and always acted in the best interests of golf.”

Sandy was also President of the Golf Foundation, the charitable organisation co-founded by three-time Open Championship winner and former PGA Captain Sir Henry Cotton that introduces youngsters from all backgrounds to golf.

“He was very generous with his time as our President and in helping us with our funding. He was a giant in the world of golf who will be sadly missed.”

A lifetime in golf

The seeds of Sandy’s interest in golf that would see him become an accomplished player and morph into a career in the game were sown in 1959.

Indeed, two events occurred during that year which were to prove pivotal to what followed. One saw him take up golf after discovering the clubs his mother used to play with in a cupboard at his home in the Scottish village of Gartcosh. The other, much to his mother’s fury, was his failure to pass the 11-plus examination.

Sandy cited indolence as opposed to inability for the setback and, suitably chastened, responded with nine O’ and three A’ levels and was offered a place at two nearby universities – Glasgow and Strathclyde.

However, mindful of the financial sacrifices his parents would have to make, he opted to train as a structural engineer and earn his living rather than spend another three years in full-time education.

By now Sandy had become a member of the nearby Mount Ellen Golf Club, a membership he maintained for the rest of his life, albeit in an honorary capacity.

It was his work there as a committee member, which began during his twenties, that helped him make a rapid ascent of the golfing ladder; a rise that saw him appointed President of the Lanarkshire Golf Association in 1978 at the age of 32, the youngest ever to hold such a position in Scotland.

That burgeoning reputation for excellence off the course as well as on it (thanks to a handicap of two) was matched by his progress at work, especially in the brave new world of computers as a systems analyst. All of which made him perfect to assume the role of The Professional Golfers’ Association’s Scottish region secretary in 1980.

Sandy spent 11 years in the role during which time he quadrupled the Tartan Tour’s prize money to just shy of £1m and developed the growth of The PGA in Scotland.

Come 1991, Sandy was tasked with leading all seven PGA regions as its Chief Executive as opposed to one.

“Sandy was the obvious choice to succeed Colin Snape,” recalled Alan Walker, a PGA Master Professional and former Captain who was on the board that made the appointment.

“He went on to shape the modern PGA for the past quarter of a century. His resolve and steadfastness changed the PGA from what it was in the late 70s and early 80s right the way through to where we are now in so many areas.

“Sandy was a natural leader and I felt that throughout his time as chief executive he led our Association incredibly well.

“He had great vision and was hugely respected and had a presence within the industry.”

Sandy’s vision was mindful of the changing role and status of a PGA Professional and he said at the time: “We don’t develop club pros any more, we develop people in the business of golf.”

Those sentiments were endorsed by the updating of the Association’s training manual in 1993 and the opening of its National Training Academy at its Belfry headquarters a year later.

This, in conjunction with the University of Birmingham, now offers a foundation degree in Professional Golf Studies and an honours degree in Applied Golf Management Studies.

PGA golf education is widely acknowledged as the best in the world and during Sandy’s time as Chief Executive thousands of students have graduated. This number includes students from China, India, the Middle East, Far East and most European countries as well as Great Britain and Ireland.

The Belfry, of course, has become synonymous with the Ryder Cup. It was staged there twice during Sandy’s time as the PGA’s Chief Executive, and he played a major part in it being held at Gleneagles in Scotland in 2014.

That period has coincided with the biennial contest becoming one of the world’s foremost sporting events and Richard Hills, the former Ryder Cup director, recalled: “He was a great lover of the game and passionate about the Ryder Cup and Ryder family.

“He and I worked together with Ken (Schofield) and George (O’Grady) in the modernisation of the Ryder Cup."

“He joined a number of us in making the Ryder Cup in what it is today," added Ken Schofield, former Chief Executive of the European Tour.

And working with Richard Hills he invented and made the Ryder Cup Development Trust which has survived perfectly for two decades.

“He did so many other things as well. One of the first things he did when coming south was to repair what was quite a damaged relationship with the European Tour. He and Phil Weaver (the former PGA chairman) repaired it beyond all belief.

“Sandy also followed the founder of The PGAs of Europe Christer Lindberg as chairman and he led that for many, many years, and was President of the Golf Foundation.

“All of us are just so grateful that we were touched by Sandy.  The term ‘great’ is often over-used but never in Sandy’s case. He was a great man and a great friend to the game. He understood the game and what Braid, Taylor and Vardon started.

“He was my friend. He was golf’s friend. We are all saddened he has not enjoyed a long and happy retirement with Christine.”

That retirement would have included playing golf at Little Aston, following the progress of his beloved Rangers and spending time with his wife Christine, her son Darren, and grandchildren.

The PGA and everyone at Women & Golf extend their heartfelt condolences to them on their sad loss.