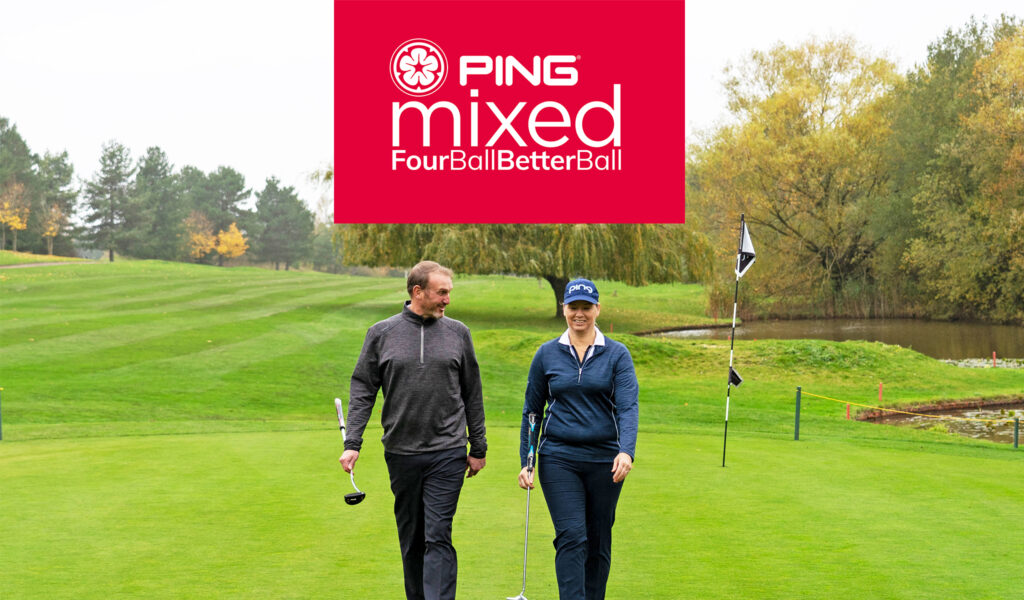 Great news! PING is introducing an exciting mixed-gender tournament that's open to every club in England.

Golf is one of the few sports that both men and women can play together fairly and competitively, and we've been loving the surge in mixed professional and amateur events over the last year or so.

As we've said many times before, we believe that men and women should have total equality in golf.

So, we're delighted to see that PING are building on this trend and starting their own mixed-gender tournament.

Following the success of the PING Women’s Fourball Betterball Tournament, launched in 2006 and set for its 15th staging next year, the new mixed tournament is anticipated to attract more than 20,000 golfers from over 1,000 clubs across the country

Supported and administered by England Golf, the new venture will run from the start of February 2021 until the beginning of August, with the grand final set to be held at Thonock Park in Lincolnshire, the home course of PING Europe, on Tuesday, September 7.

PING will be providing prizes for first and second place, too.

PING Europe General Manager Lisa Lovatt, is hopeful that they will see lots of interest after so many men and women took up golf or returned to the game during 2020.

“This new initiative epitomises PING’s support for golfers of all ages, genders and abilities and we are inviting all players to get involved, find themselves a partner and sign up for the event,” she said.

“Inclusivity and forward-thinking has always been synonymous with PING, from the creation of the Solheim Cup to the success of the Women’s Fourball Betterball Tournament. We are dedicated to supporting club golf, and we hope that this new mixed event helps to bring golfers together in 2021 and onwards.”

Qualifying events will be held at clubs throughout England, before the top 50 pairs progress to the grand final.

Commenting on the new event, England Golf’s Director of Championships, James Crampton, said: “We are always looking at new opportunities to engage with golfers and this is an exciting new concept.

“The mixed fourball betterball format is proving very popular in clubs and we are delighted to be teaming up with PING to not only run this event, but to continue off the back of the very successful Women’s Fourball Betterball Tournament in 2021.”

We think it sounds a fantastic idea!

Fancy signing up with your other half or golfing pals?

Promotional material and registration packs for the event will be distributed to golf clubs in January 2021.

In the meantime you can contact England Golf for more information on 01526 354500, by emailing [email protected] or visiting https://www.englandgolf.org.

BMW PGA: Schoolchildren given their first experience of golf