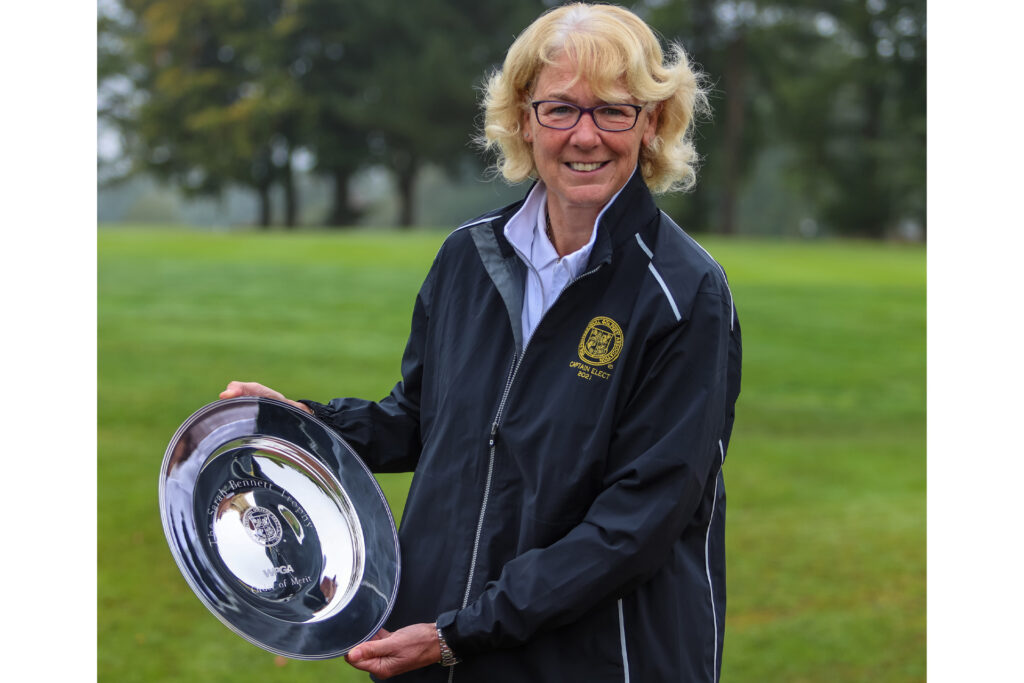 PGA Captain-elect Sarah Bennett has further enhanced the prestige of the WPGA Series by donating a trophy that will be played for annually and presented to the winner.

The introduction of the trophy, upon which the WPGA Series winner’s name will be engraved, is the latest move to improve the competition for its participants.

It follows the introduction of OCEANTEE as sponsors, a doubling of the prize money, and revamped schedule of events.

The trophy, a silver-plated salver named the Sarah Bennett WPGA Trophy, has been commissioned and donated by her to commemorate her appointment as PGA Captain.

Bennett will begin her year in office when she succeeds Bernard Gallacher next April and the trophy will be played for in the 2022 OCEANTEE WPGA Series.

A trophy for WPGA members to aspire to win

“This is something I’ve been thinking about since I was told about the captaincy.

“I want to get our WPGA members together for a final event of the season – the Vivien Saunders Fourball – and present the trophy to the winner of the Series then.

“The Vivien Saunders Fourball has a trophy to play for and so does the WPGA Championship, but the WPGA Series has never had one until now.

“Hopefully this will be something our members can aspire to win and increase participation in our events, which is a goal myself and our committee members have worked massively hard to achieve.

“As for the trophy itself, I will certainly try to win it. Failing that I’ll look forward to presenting it to the player who does!”

The winner of the 2021 OCEANTEE WPGA Series was Keely Chiericato - find out more here.