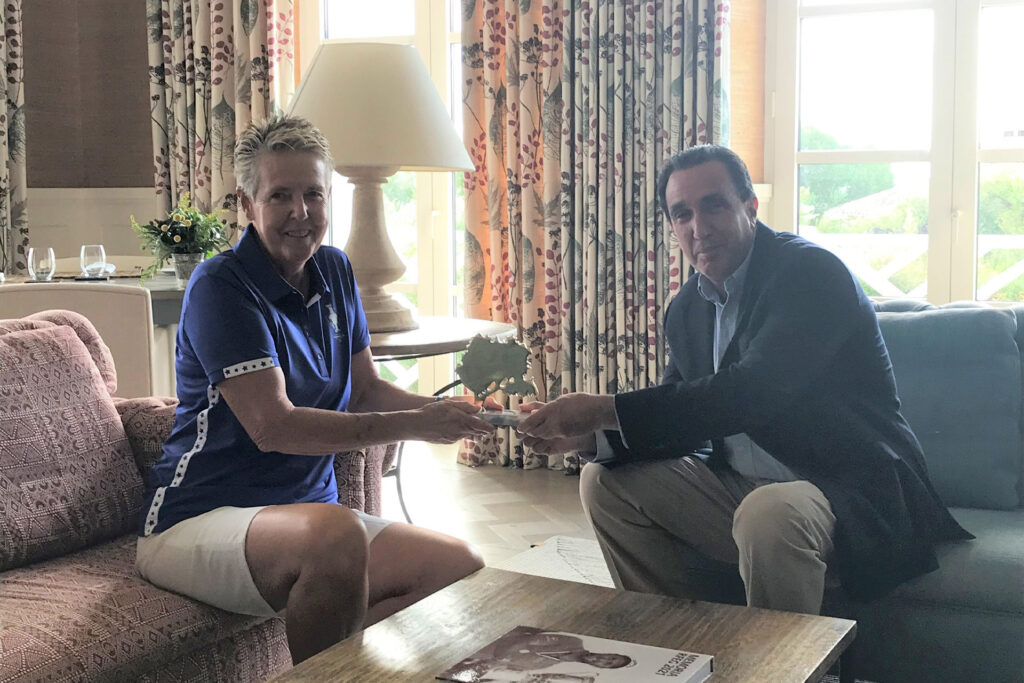 2023 Solheim Cup venue, Finca Cortesin, has continued to underline its commitment to the women’s game by becoming the latest signatory of the R&A’s Women in Golf Charter.

The announcement comes as the resort recently celebrated ‘One Year to Go’ until its Solheim Cup staging.

Through Finca Cortesin’s commitments to the R&A Women in Golf Charter, it has pledged to provide more opportunities for women to enter the industry, by creating a number of entry-level internships across the golf operations and agronomy departments at the resort.

The resort has also promised to hold two women and girls golf clinics per year through the Finca Cortesin Nicklaus Academy, as well as supporting more female golfers by investing in their careers to compete as global professionals alongside their three current Ladies European Tour ambassadors, Nuria Iturrioz, Noemi Jimenez Martin, and Laura Gomez.

As Spain’s first ever female professional golfer, Marta Figueras-Dotti is one of the country’s most influential figures in women’s golf. Having secured three wins across the LET and LPGA Tour during her playing career, she has a long-standing history with the Solheim Cup having captained the Junior team in 2002, before being named a team helper and Vice-Captain in 2017 under Annika Sorenstam.

“It is a privilege to be awarded an honorary membership by Finca Cortesin and be part of their journey as they build towards hosting the Solheim Cup in 2023. They share my drive to grow the women’s game in Spain, highlighted by their support for a number of promising up-and-coming professionals and I cannot wait to play my part in furthering this commitment.”

'One Year to Go' until the Solheim Cup

“We are extremely proud to have joined The R&A’s Women in Golf Charter, showcasing our determination to build upon the foundations that have already been laid for women and girl’s golf in the region. Marta was instrumental in helping to bring the Solheim Cup to Spain and we are pleased to welcome her, one of the country’s most loved female sporting figures as an honorary member, for her services to global and Spanish women’s golf.”

Developed by The R&A as a single initiative to demonstrate the game’s commitment to bringing about change, Finca Cortesin joins an already illustrious signatory list to the Women in Golf Charter, which includes numerous industry organisations from around the globe.

Improving opportunities for women and girls

Director of Golf Development at The R&A, Jackie Davidson, stated:

“As the 2023 Solheim Cup host venue and a leading resort globally, it is fantastic to have Finca Cortesin as a signatory of the Women in Golf Charter. Their commitment to supporting women’s golf is evident and they join an ever-growing list of leading organisations within the industry that have committed to helping improve opportunities for women and girls to be part of this wonderful sport.”

Recently named the ‘Best Golf Resort in Europe’ by Leadingcourses.com, the award-winning 18-hole championship course captures the spectacular Mediterranean landscape providing the most scenic round of golf.

In less than a year’s time, Finca Cortesin is excited to welcome the best female golfers from Europe and America to Spain and the Costa del Sol for the first ever Solheim Cup held in the country. The event will take place between 18-24 September 2023 with Europe hoping to secure the cup for an unprecedented third time in a row.

For more information on Finca Cortesin and its facilities, please visit fincacortesin.com.

Are you interested in attending the 2023 Solheim Cup? Then we have good news, as Women & Golf will be hosting a trip to attend the biennial event - here are all the details.