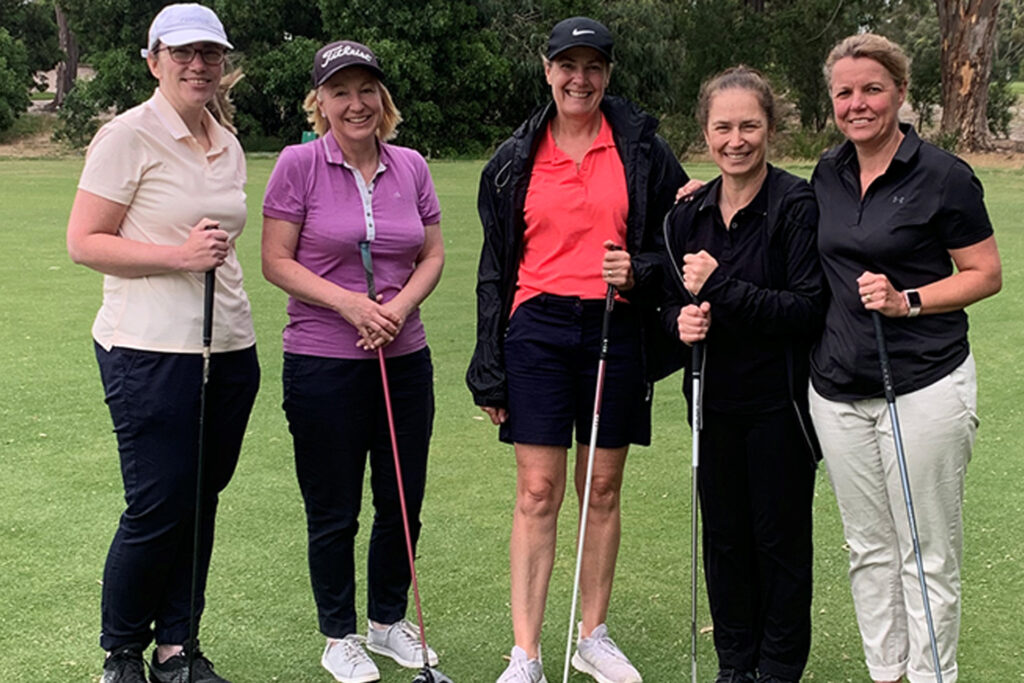 In 2019, Woodlands Golf Club had a problem and a big one at that.

The club in Mordialloc – located within the Melbourne Sandbelt – had fallen behind the national average in terms of female playing membership numbers. So General Manager Richard Tullberg, with help of the clubs’ Membership Committee, went to work.

“The average across Australia at the time – when we renewed our strategic plan – was about 20% and we were sitting at about 16.5%,” Tullberg recalled.

“So, obviously we needed to do something to change that and raising it to 20% by 2024 became one of our strategic initiatives for our 2024 plan.”

Three years later and Woodlands is on track to meet that target ahead of schedule and there appears to be no slowing down.

“Covid threw our plans out a bit, but we pushed on anyway,” Tullberg said. “In September 2020, I reached out to some people I know from other clubs who were already trialling initiatives to grow female membership numbers, and I came up with something similar, but different!

“It was all based around introducing women to the game and to the club, The Membership Committee put a recommendation to the board for a six-month introductory package that would include temporary Club Membership, lessons - on the range and on course – as well as course time for the women, with the club underwriting part of the cost.

“The other key part of the program was to pair small groups of the participants with existing women members who acted as mentors or buddies. This was facilitated by the Women’s President and Committee.”

A program that exceeded expectations

The program quickly prospered, with 47 new female golfers exceeding Tullberg’s estimate of a dozen to 15 women taking up the offer.

Those 47 were made up of previous Get Into Golf participants, as well as women who were told about the program by existing members, and despite challenges, their enthusiasm for the game was clear to see.

“Even with the breaks for lockdowns they were really engaged, so using a special measure as per AHRC guidelines, the membership committee implemented a reduced entrance fee for the women who had completed the program, which was 30% of the full Club entrance fee,” Tullberg said.

“The Club also opened the opportunity for them to take up a five-day membership (not available to anyone else) for a maximum of two years before they would have to transfer to a six- or seven-day category. What transpired was we had 29 of the 47 women take up memberships, which was just astonishing. We had no idea that we would get that many.”

A big reason why those women signed up was the relationships fostered within the group and with teaching professionals, Cat Odgers, Nathan Condon and Head Teaching Professional Steve Horstmann.

The new female members continue to attend regular clinics, particularly with Odgers who conducts a variety of skills lessons, like bunker shots and hitting with a full swing each Saturday. Others have taken up individual lessons with Odgers and Horstmann.

The coaches also have regular group chats with the women to keep them engaged, and the success of that first crop meant a sequel was inevitable – once the pandemic allowed.

“The lockdown late last year pushed us aside again and then we decided to start another in March this year, and we now have 42 women and there is a lot of interest in joining the club,” Tullberg said.

“The same offer is on the table and I’m quietly confident that we raised our playing numbers by 2% last year and we can do that again this year and reach our strategic goal ahead of plan.”

To ensure that objective is met, Woodlands have implemented key learnings to continually improve on the offering presented to the new participants.

“There were some challenges because it grew so quickly,” Tullberg said.

“So with the group this year, we have all our mentors in place, prior. We also learnt that we needed to be more structured.”

Woodlands’ members have noticed a change in dynamic around the club, with the enthusiasm of the new golfers flowing through the Club, and that hype is set to stay as the club implements its strategic plan.

“The next steps are to refine the program more and keep going. We’re still getting plenty of interest, but we’re going to focus on having more intimate clinics for those who have already been in the program to get their golf skills up,” Tullberg said.

Strong leadership and strategic thinking are critical to support clubs to drive change. The Woodlands GC’s board has been instrumental in ensuring an increase in both women and girls’ programs by embedding targets and actions within the club’s 2020 – 2024 strategic plan.

Golf Australia provides affiliated golf clubs and facilities with a service to assist them with strategic planning. Find out more about how you can embed Vision 2025, gender equality goals into your planning at the Vision 2025 section of the Golf Australia Website. Alternatively, get in touch with your Clubs & Facilities Support Manager or Relationship Officer, who will be only too happy to assist you.

Woodlands GC’s General Manager sought guidance from other clubs who had similar packages in action and then delivered a recommendation to the board. Reach out to other clubs, or research what other clubs have done to address similar issues. The Golf Australia website houses numerous case studies around gender equality for you to access. Click here to read them.

Align with Australian Golf participation programs such as Get into Golf Women. Click here to find out more.

Nominations for the remainder of the year are still open. Click here for the nomination form.

Woodlands Golf Club wins a $500 Drummond Golf voucher and is now in the running to win up to $10,000 worth of products from the latest Callaway REVA product range, designed specifically for women. Golf Australia’s Visionary of the Year will be voted upon and announced towards the end of the year.