Vision 2025: The Big Bang at Claremont 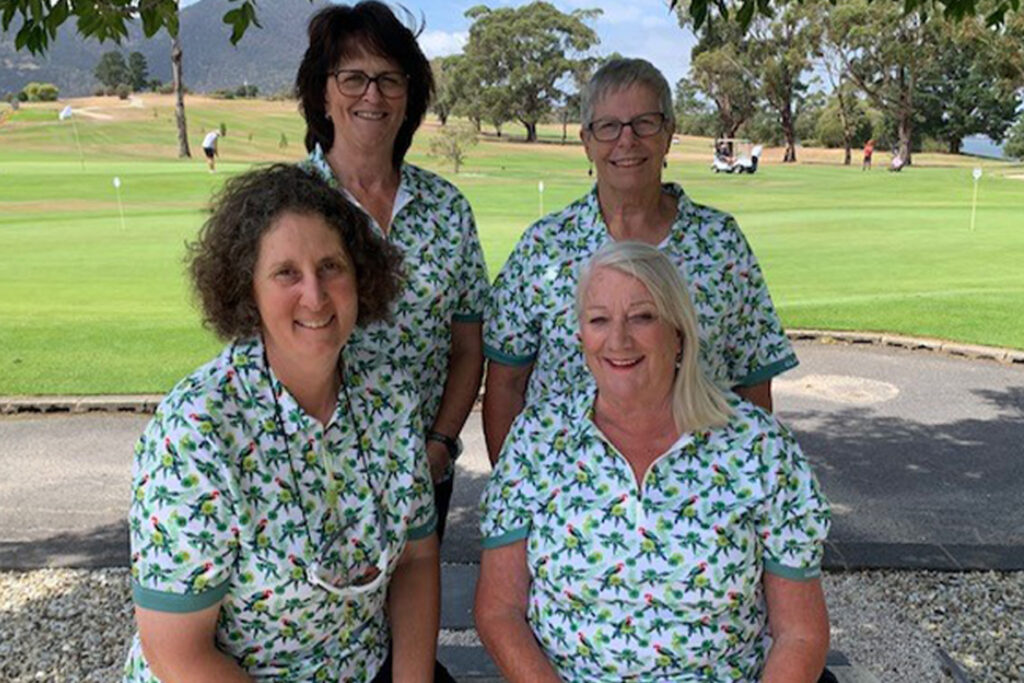 Golf Australia’s February Visionary of the Year winner is Claremont Golf Club for their multifaceted approach towards gender equality.

The Big Bang is defined by a comprehensive explanation for a broad range of observed phenomena (activity). After learning about the comprehensive approach Claremont Golf Club in Hobart’s northern suburbs has taken towards gender equality, there is no doubt that a Big Bang has struck this club!

This Big Bang started when John Erends, club president, was a sole representative at Golf Australia’s Even Par workshop in December 2020. This was a workshop designed to support golf clubs to facilitate gender equality in golf and the broader community.

This workshop sparked one single movement that quickly turned into a phenomenon.

Like a Big Bang, there is much activity happening at the club, with some things settling into place, but always with moving parts and areas for improvement. In a short while, the club has gone from a solo figure attending a workshop, to the club:

Introducing ‘gender equality’ to the club

“Equality and inclusiveness have been a part of my professional background. When John returned from the Even Par workshop and tapped me on the shoulder to coordinate the Even Par Program, I was immediately very interested.

“Being new to the club I was hesitant at first and found it challenging to push this agenda with people, but once other members came on Board, the impetus was there, and it has been a great experience.”

With the aim to introduce the club to Even Par, support members’ understanding of gender equality within the game of golf and recruit an Even Par sub-committee several initiatives were put in place.  The Australian Human Rights Commission (AHRC) guidelines were of great assistance throughout this process.

Even Par was launched through a social event held for all members at the golf club.  Simon Weston, Golf Australia’s Development Manager (Tasmania) provided an important overview that laid the foundations for the Even Par Team to begin their work.

After the launch, thought-provoking cards for feedback were left on tables around the clubhouse for members to anonymously complete. Questions on the cards asked members what they thought on such topics as membership options, multiday club championships, competition structures, governance, and course access.

An Even Par sub-committee was formed comprising of members Debra Sealy, Esther Shohet, Margaret Hazelwood, Merran Hill and Jim Fleming, and this team collated and prioritised member feedback and took their findings and proposals to the Board.

“At the time, the Board was of an all-male composition, but they were very open to change. Some had attended the launch and with an understanding that only 12% of their membership was female, they saw the need for change and were keen to support the program,” Sealy added.

Increasing the number of women on the club’s Board

Included in the proposal was the notion to attract women into positions of leadership and Board membership. To achieve this, the Board offered interested women the opportunity to observe Board meetings until the next election was conducted with two members, Merran Hill and Esther Shohet taking up this offer up.

“Our club president had previously requested women to put their hand up for the Board, but we had pre-conceived ideas about the role which were mostly negative.

“I soon realised this perception had stemmed from years ago, and after observing more recent Board meetings I appreciated all Board members were volunteers doing some amazing and impactful work and I wanted to be a part of it.”

Both Hill and Shohet acknowledge that while their membership on the Board is a move in the right direction, with 2 women to 8 men, the club still has a male-dominated Board and succession planning is important.

“As women on the Board, we have had a fulfilling experience and strongly encourage other women to stand for Board positions in the future.”

“Roger Hughes our resident PGA Professional had already run mid-week Get into Golf programs and we have an established Saturday junior clinic for boys and girls.

“As a part of our Even Par activity, we have negotiated the periodic engagement of an external female PGA Professional, Deb Brinkley to provide an opportunity for working women and others to participate in a Get into Golf Program on Sunday afternoons.  This is prime time in the week to capture working women in particular.

“Deb has become an important part of our team and after completing a very successful Get into Golf program in October 2021 (with over 30 women). Deb is about to teach another course in March 2022.

“From Get into Golf, most women continued in a paid 5-week program, however we soon identified there was too big of a gap between clinics, on-course play, membership and competition.

“The club therefore released a ‘transitional membership’ to beginners. This entailed a 10-game pass (at $10 per game) that was valid for 6 months. 27 women took up this offer!

“Importantly, we have established a mentoring program to support new players on and off the course and have engaged women at the club to become Community Instructors to support the delivery of these programs.”

Having the option of working with female coaches is important for some beginner women, and having a team of our own community instructors will provide us with more flexibility in delivery of support to those beginning to learn to play.   These options will add value to what the club already provides.

Hill commented, “Our club legend, Isabel Sutherland aged 97 years young who still plays 18 holes each week also supports our program. She came and gave an inspirational talk to our Get into Golf beginners!”

The club has seen big changes over the past year or two, and like all change there have been some challenges and learnings along the way.

Claremont Golf Club share their advice for other clubs that are willing to take the first step towards positive change:

With quotes such as “There is no reason why we can’t’” and “We’re having a go at that” continuously being echoed by the Even Par sub-committee members upon being interviewed for this story, there is no doubt a lot more exciting and game-changing Big Bangs will continue at Claremont Golf Club. Good luck!

Barwon Valley Golf Club wins a $500 Drummond Golf voucher and is now in the running to win up to $10,000 worth of products from the latest Callaway REVA product range, designed specifically for women. Golf Australia’s Visionary of the Year will be voted upon and announced towards the end of the year.