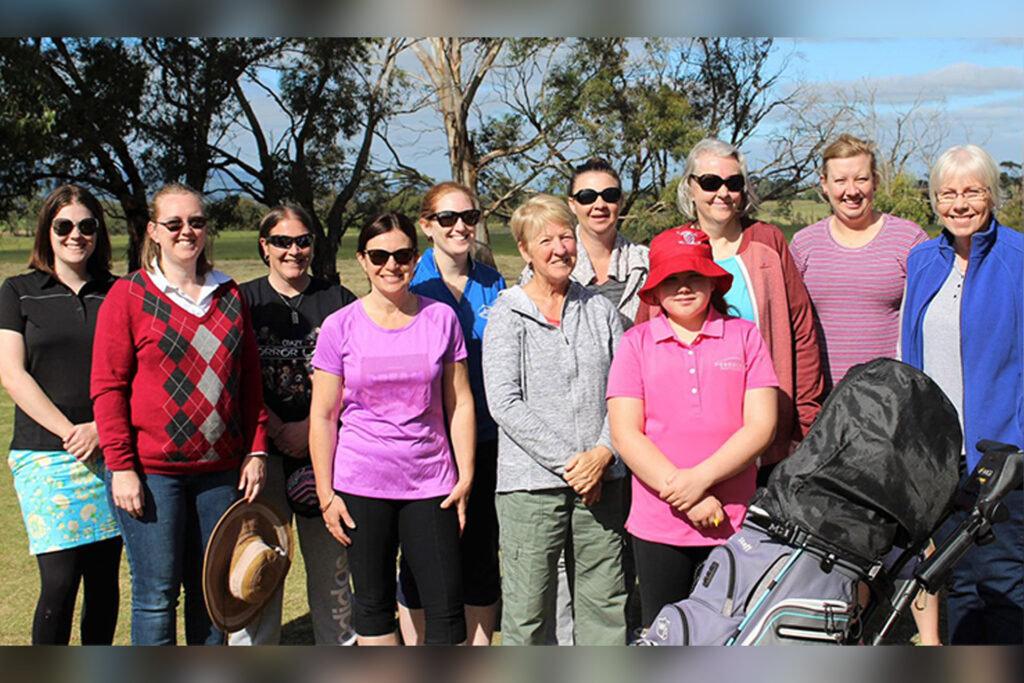 Golf Australia’s September Visionary of the Year winner is Stewart Cluning, who has transformed the membership at Trafalgar Golf Club

Stewart Cluning, former president of Trafalgar Golf Club in Victoria, is Golf Australia's September Visionary of the Year for his ability to lead by example in executing the Vision 2025 strategy.

Stewart Cluning’s four-year presidency at Trafalgar Golf Club began in 2018 with a simple goal: to make the Gippsland-based club vibrant and family-oriented off the back of female and junior participation.

Cluning stepped up to lead after 25 years of membership because he was determined to turn the club around.

In the 1980s, 520 members roamed the fairways at Trafalgar. Four years ago, they had only 250. The average age of those members was 64.8 years and only one female golfer under the age of 50 called Trafalgar home.

Now, more than half of the club’s juniors are girls. A group of women have progressed from learning to being full playing members, and the overall membership number sits at 350 with 18 of the 74 female members under the age of 50.

“You've got to get the right people,” Cluning said. “You've got to have a cause like this and just say, ‘now, listen, the only way to grow our club is to get more women and girls playing”.

As Cluning began his presidential journey, Golf Australia launched the Vision 2025 initiative - to address a fundamental imbalance in the game and draw more women and girls to golf - and was in the midst of a nationwide Vision 2025 Roadshow to spread the word of the new strategy.

“It resonated with me and the others and we said ‘we'll just give it a go, we'll just try it. It can do no harm at all and the worst we can do is fail. There's no risk’,” Cluning said.

“We just had a real crack and I decided we will do exactly what Golf Australia recommends, and wouldn't you know, it works.”

The four who attended that night established a Vision 2025 subcommittee straight away and Cluning led the charge.

“As a club president, you, along with the Board and committees can lead the culture within a club and champion change.”

The subcommittee adopted a Vision 2025 Charter and they engaged GippSport to develop a strategic plan.

Equal rights for all members

A new club constitution, using the Golf Australia template, was adopted that ensures equal rights for all members and uses gender-neutral language.

Including women in the weekly Saturday competition alongside the men, and successfully applying for grants with the assistance of GippSport, provided some quick wins at the time too.

The Victorian Health Promotion Foundation’s This Girl Can grant to support women embracing physical activity allowed the club to purchase six sets of women’s golf clubs from the Drummond Golf store in Traralgon to ensure that the new women had clubs to use.

The clubs, which were in different sizes and included a left-handed set, were used in group lessons and a borrowing system, like a library, was established.

“It's very hard as a veteran of the club to actually come in with fresh eyes and understand what's hard for beginners, but we did our best to take away all barriers to participation.”

This included fostering friendships but providing opportunities for coffee and cake following clinics.

No stone was left unturned with a beginner membership being extended from one to two years and six of the 22 women involved in the first intake of beginner lessons are now full playing members.

Cluning is over the moon.

“The hard part for committees and the president is managing expectations,” he said.

“Some pressure can be placed upon converting all beginners into full members, but this is just not the case. You don’t have to convert every beginner into a member, it is about supporting each person to enjoy and progress golf at their own rate – undertaking their own golfing journey in their own way and time.”

That attitude has contributed to the thriving junior program too.

Trafalgar was in the first intake of clubs in Australia to run an Australian Golf Foundation Junior Girls’ Golf Scholarship program when it began in 2021, and they focused on turning one child swinging a club into the whole family playing golf.

“Parents, and often siblings of the scholarship recipients would often have to hang around so we invited families to hit balls and make the most of it while they’re here.”

The club has family day on a Sunday once every month where children play on the course with their parents, siblings and friends, and they’ve also turned a traditional father/son competition into a parent/child competition.

The change doubled the number of entries for the event and another initiative has also encouraged juniors to hit the course more often.

Cluning’s time as president ended only weeks ago - he will not be going away from Trafalgar anytime soon though - and he could not be prouder to have left the club in a better position than when he started.

“You show me a club with successful women and I'll show you a successful club,” he said.

Stewart Cluning wins a $500 Drummond Golf voucher and is now in the running to win up to $10,000 worth of products from the latest Callaway REVA product range, designed specifically for women. Golf Australia’s Visionary of the Year will be voted upon and announced towards the end of the year.

Nominations for the remainder of the year are still open. Click here for the nomination form.