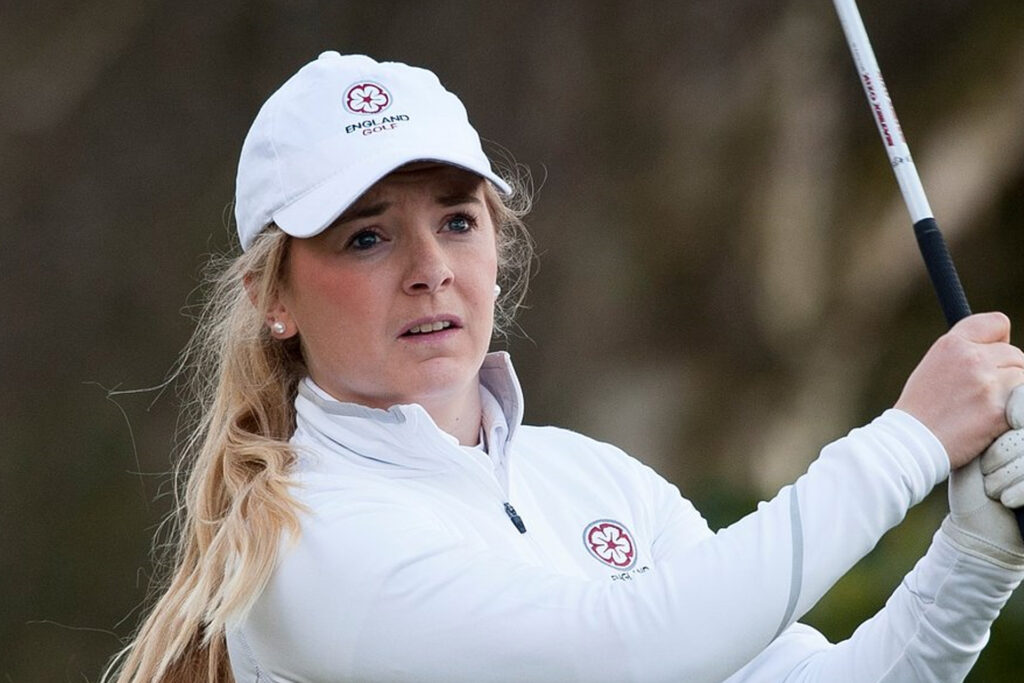 Bronte Law has pledged to help encourage and inspire current and future generations of golfers at all levels after taking up a new role as an England Golf ambassador.

England Golf is delighted to announce that Bronte Law, a winner on both the LET and LPGA Tour, has come on board to assist the national governing body in promoting all aspects of the club and amateur game to a wide and diverse audience.

Working in tandem with England Golf, Law will act as a role model for those endeavouring to follow in her footsteps.

Law, pictured above in her amateur days representing England, said:

“England Golf was a huge part of my amateur career and definitely a huge part of the reason I am where I am now. I’m delighted to do what I can to help promote the game in England.”

The 26-year-old will use her status to raise the profile of the game in this country, promote positive messages designed to encourage more play at all levels of the game and help drive England national teams to achieve their competitive goals. Law added:

“The foundations put in place by England Golf are strong.

“The fact that England Golf encourages young children to get into golf and holds their hand and guides them through the whole process of becoming the best they can be is something that I benefited from massively.

“Along my journey I met some incredible people and really benefited from the coaching staff and all of the support system that England Golf provides.”

Although now firmly established as a leading professional player on both sides of the Atlantic, Law has never forgotten her amateur roots, happy days spent as a junior at Bramhall Golf Club in Cheshire and the crucial role England Golf played in her career development as a teenager.

From junior coaching at regional and county level, Law quickly progressed to become an outstanding England national squad player representing her country from the age of 13 with distinction at team events at home and abroad.

As an individual, Law also shone at the highest level of the amateur game.

In 2014, she was crowned English Women’s Amateur champion for the first time. Impressively, the Stockport golfer retained her title in 2015.

In 2016, she was crowned European Ladies’ Amateur champion

Law is just as positive about golf club membership as she is about players on an elite pathway and has spoken passionately about junior golf and the positive impact joining a modern and progressive club can have on any youngster – on and off the course.

Law – a winning member of the 2019 European Solheim Cup side at Gleneagles - added:

“I was five when I started. My dad took me down to a local club – Bramhall – and I joined junior group lessons on a Sunday and loved it from the first moment. I’m still a member of that club and go back regularly.

“It shows you how important it is we support kids from a young age - even if it is just taster sessions to begin with. The more fun the sessions are, the greater the correlation with the uptake in the game in the future.

“Also, the more women of all ages we can get into golf the better. As more women get into golf, the more incredible people they will meet. I’ve met my closest friends on the golf course and can’t imagine what my life would be like without golf.”

“Bronte’s knowledge, combined with the integrity of her character and the passion displayed for our beloved game, shines through in everything she does.

“As a two-time English Women’s Amateur champion, Bronte knows all about success at this elite level and appreciates the work that goes on behind the scenes to create a champion.

“But she also enjoys golf club membership and is well aware how important this element of the game is for the strength of the sport as a whole.

“Despite the pressures of a blossoming and busy career, Bronte’s willingness to give something back to the game by taking on an ambassadorial role says everything about her personality.

“I’m sure she will be an inspiration to all golfers on so many levels.”