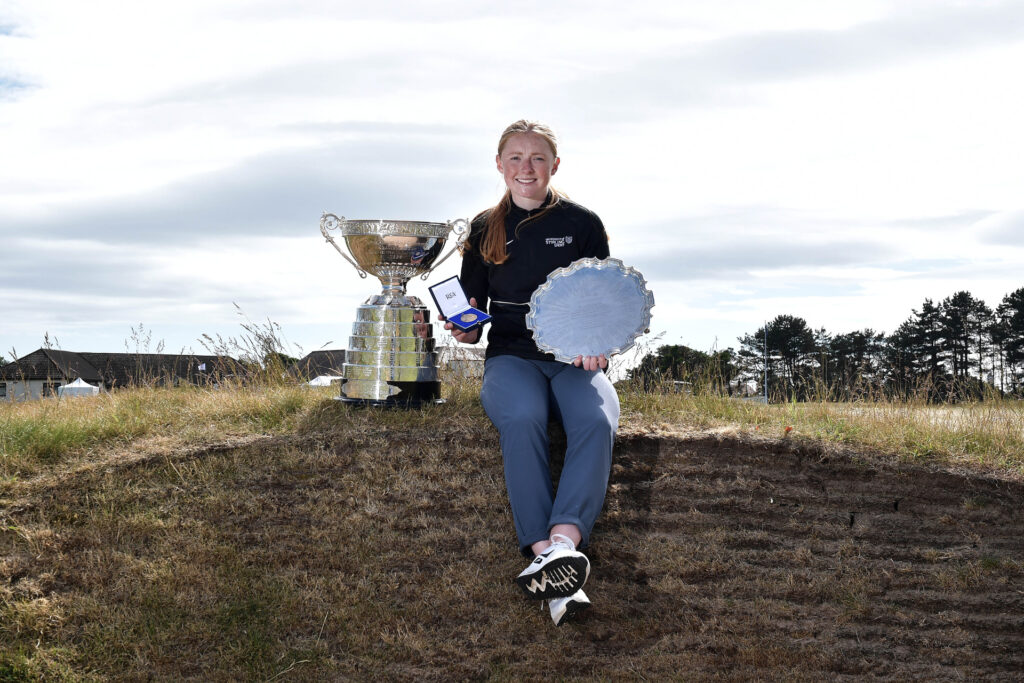 On the Barassie Links, just down the road from her home course of West Kilbride, Duncan emerged victorious over a field of almost 100 players who started in the championship. On achieving the win on local soil, she said:

“I couldn’t have written it any better; to win in front of friends and family and the locals, the support I have had this week has been unbelievable.”

Duncan, who is a student at Stirling University and an R&A scholar, can now set her sights on an number of exciting opportunities including the AIG Women’s Open at Carnoustie in August and, traditionally, the US Women’s Open, The Evian Championship and Augusta National Women's Amateur Championship.

When asked how she felt about her momentous victory, she said:

“I wasn’t even born in 1997, I wasn’t even a thought. So, I am unbelievably proud to be the first Scot to win the Women’s Amateur Championship in that amount of time. I am happy to have brought it home.

‘’This is a massive win, I don’t think I can win any bigger. It’s definitely the best week of my life. To do it in Ayrshire has been brilliant.”

On her way to the final Duncan, who finished seventh in the stroke play, defeated a strong England contingent in Thalia Kirby (Round 1 – 7&5), Lottie Woad (Round 2 – 3&2) and Jessica Barker (quarter finals – 1 up), as well as Ireland’s Sara Byrne (Round 3 – 6&4) and last week’s St Rule Trophy winner and fellow Scot Hannah Darling in the semi-final on the 19th hole.

In the final match play Duncan displayed early nerves on the first nine holes of the match and was down a hole twice to Lúđvíksdóttir.

However, a birdie at the ninth and an eagle at the 11th was the start of her commanding hold on the match and she went into the lunchbreak with a five up lead after winning the last four consecutive holes.

Heading back out on course, Duncan eagled the 19th by holing a spectacular greenside bunker shot on the par-5 hole to extend her lead to six up.

A bogey at the 22nd won Duncan another hole to go seven up as Lúđvíksdóttir made a double.

A birdie at the 25th hole extended her lead to eight up and when the 18-year-old Icelandic player bogeyed the 27th hole the match was dormie. A par at the 28th hole enough to seal the win for Duncan.

While disappointed not to have won the title and the rewards on offer, Lúđvíksdóttir made history of her own as the first Icelandic golfer to reach the final of The Women’s Amateur Championship.

‘’I feel fine, just very tired and very happy for Louise (Duncan), she did very well.

‘’I cannot describe it, I am very happy with myself and proud of myself to achieve and go this far.”

The final was broadcast live across The R&A channels and can be re-played in full on YouTube and Facebook. You can watch the final round highlights here:

Final scores from the final can be found here.

The Amateur Championship will be played next week at Nairn Golf Club from 14-19 June with the 36 hole final broadcast live on The R&A YouTube, Facebook and randa.org.