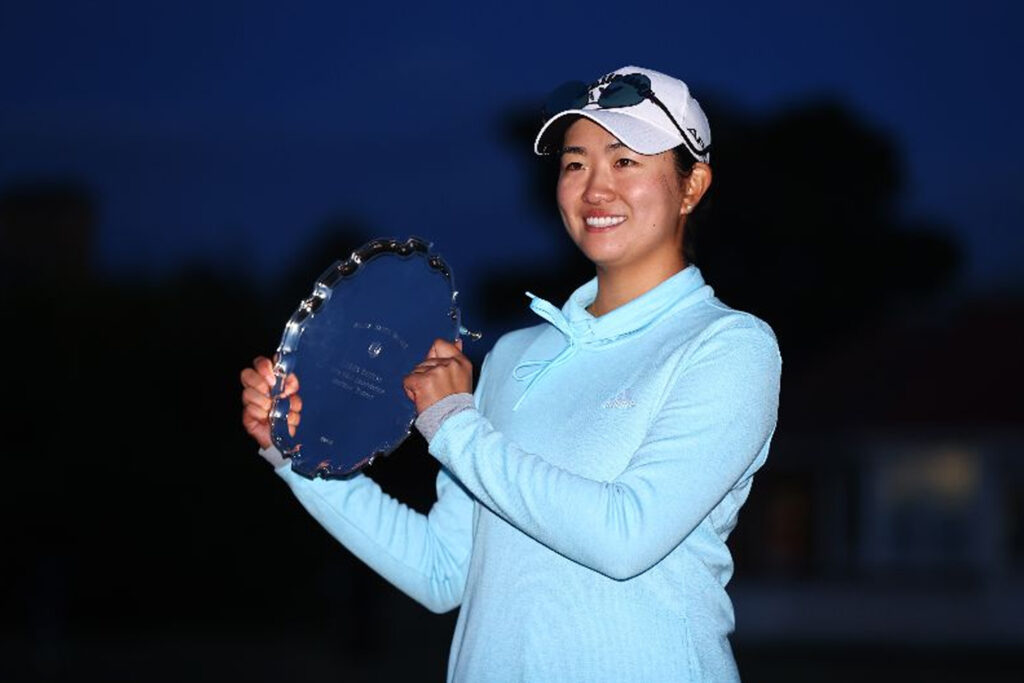 American Rose Zhang has been awarded the Mark H McCormack medal for the third year in a row.

Rose Zhang has won the Mark H McCormack Medal as the leading women’s player in the 2022 World Amateur Golf Ranking.

This is the 19-year-old's third consecutive McCormack Medal, emulating previous three-time medallists Leona Maguire and Lydia Ko. It is her 101st consecutive week at number one, leaving her behind only Maguire at 135 weeks and Ko at 130 in the overall record.

After securing a tied-12th finish at the Augusta National Women’s Amateur Championship, Zhang went on to win the NCAA Division 1 Women’s Championship by three shots.

On the day of her 19th birthday, she received the ANNIKA Award for best women’s college golfer of the year. She then clinched Stanford’s second NCAA team title by winning the final match.

Zhang played a leading role in the American team’s victory over Great Britain and Ireland in the Curtis Cup at Merion, winning two of her four matches.

Zhang also performed well in her major championship appearances, winning the Smyth Salver as the leading amateur at the AIG Women’s Open at Muirfield, finishing tied 40th in the US Women’s Open Presented by ProMedica and tied for 65th at the Amundi Evian Championship.

Later this month, she will compete for the USA Team at the Women’s World Amateur Team Championship.

“My amateur career continues to be incredibly rewarding and humbling. To be named the McCormack Medal recipient for the third time is a testament to the work I’ve put in and the support of those around me. This caps an incredible year and motivates me even further for the season ahead.”

The R&A and the USGA jointly award the McCormack Medal annually. It is named after Mark H McCormack, who founded sports marketing company IMG and was a great supporter of amateur golf.

"Rose has performed to an extremely high level over the last three years and consistently demonstrated just how talented she is as a golfer. I congratulate Rose on the remarkable achievement of winning the McCormack Medal for the third consecutive year. She has made a substantial contribution to amateur golf around the world and thoroughly deserves this recognition. We look forward to seeing her success continue.”

"Rose continues to do things in the amateur game we haven’t seen in quite some time.  Her talent on the course is unmatched, but more importantly, the role model she is for the younger generation and the way she represents the game is admirable and inspiring. All of us at the USGA congratulate her on this outstanding achievement and look forward to seeing what’s next for her.”