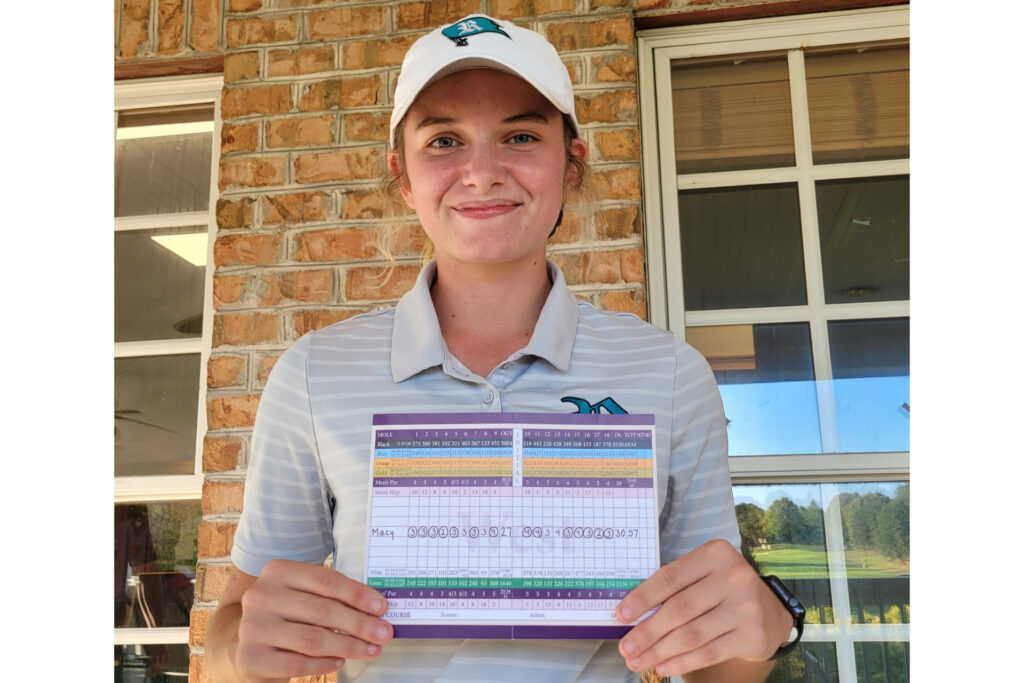 Reagan High School’s Macy Pate won the Central Piedmont 4A Conference Championship, shooting seven-under-par on both the front nine and back nine. The 16-year-old is the top-ranked junior in the state and is the current North Carolina High School Athletic Association (NCHSAA) 4A Women’s Golf State Champion.

Pate started with a run of five birdies and really didn’t look back. The 14-under-par, 57 on the par-71 Bermuda Run West Course which was playing 4,800 yards was just impossible to beat.

Second and third places were taken by her teammates Morgan Ketchum and Anna Howerton who shot 64 and 69 respectively. That’s a team total of 23-under-par for the Championship.

"I just kept hitting my wedge shots really close, and my putter was hot, so it was a great combination.

“It’s really hard to describe what was going on. I just sort of hit the shots and tried to make the putts when I had chances.”

As mentioned, Pate is no stranger to victory in the state competition having secured the 2020-21 4A Women’s Golf State Championship in May. During the competition, Pate played a nearly error-free round on her way to a two-under-par 68 at Pinehurst No. 1 leading Reagan to their second Women’s Golf Team State Championship and was the third individual winner in the women’s program history.

Reagan High School will be heading back to Pinehurst in a couple of weeks to defend their State title. With such a strong team and in such great form, they could prove very hard to beat.