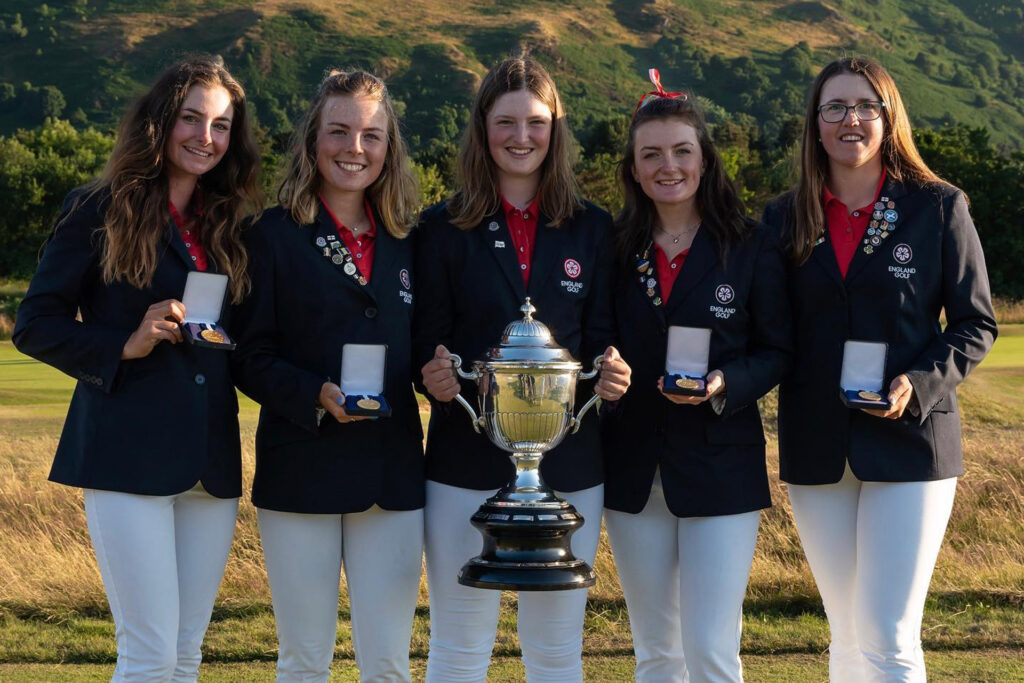 England’s women have successfully defended their European title with rookie Lottie Woad holding her nerve to secure the winning point in a nerve-jangling final against Italy.

In a thrilling week of European Ladies' Team Championship competition at Conwy Golf Club in Wales, an England side featuring four of the team who lifted the trophy last year in Northern Ireland (Rosie Belsham, Annabell Fuller, Charlotte Heath and Caley McGinty), came good once again.

For Woad and Amelia Williamson, the feeling was just as special with the duo contributing massively to the success of the team in a gruelling but rewarding five days of drama.

The Italians were defeated by the smallest of margins – England running out 4-3 winners after a tough day of competition on the blustery north Wales links.

Woad, making her first appearance in the women’s set-up after a stellar spell in the girls’ squad, proved her worth to the team over all five days.

But she came into her own when it mattered most. The final hinged on her match against Benedetta Moresco.

The game was all square with four holes to play, only for Woad to win the 15th and then close out the match on the 17th green.

The victory was not just for the players with coach Steve Robinson and team manager Jenny Henderson providing the support network that is always required to produce champions.

“The players were just exceptional this week and never more than in the final when it comes down to nerve as well as skill and ability.

“I think Robbo and I might have aged 10 years in the final nine holes!

“But I can speak on behalf of the whole backroom team when I say how proud we are to have witnessed the women defend their title.

“Last year the team were underdogs in the final against Sweden and played out their skins. This year we had the pressure of defending, but the win will carry a special resonance for us all.

“The whole team played their hearts out and I couldn’t be prouder of what they have achieved as a group.

“In the end, it all came down to Lottie’s match. She may be a rookie in terms of women’s team experience, but she was ready to make the step up and this week proved it.”

In the morning foursomes, nothing could separate the two sides with Italy taking the opening game and the pairing of McGinty and Woad redressing the balance with a 2&1 win against Moresco and Emilie Paltrinieri.

Amelia Williamson then took a point from her singles match against Carolina Melgrati and Heath beat Paltrinieri 4&3.

With three points on the board, England needed just a point and Woad’s match was the most likely to provide it with McGinty losing out and Belsham also behind with three holes to play.

The 18-year-old delivered the point by winning two of the last three holes played and later admitted:

“I’m so very happy to have won the title with this team.

“I had worked out that it was all down to me as I knew Amelia had won and then I saw Charlotte walking down the fairway too!

“My opponent was in a bit of trouble on 17, so I just had to make sure I didn’t make any mistakes.

“I left my first putt short when I had two for the game, but at least the two-footer I had for the win was straight!”

England qualified for the match play stages of the championship as top seeds following 36 holes of stroke play.

Wales were then beaten in the quarter-finals before Sweden were put to the sword in the semis.

England then dashed Italian hopes to take the plaudits, the silverware and the gold medals.