Cave’s the man at Berkhamsted Trophy 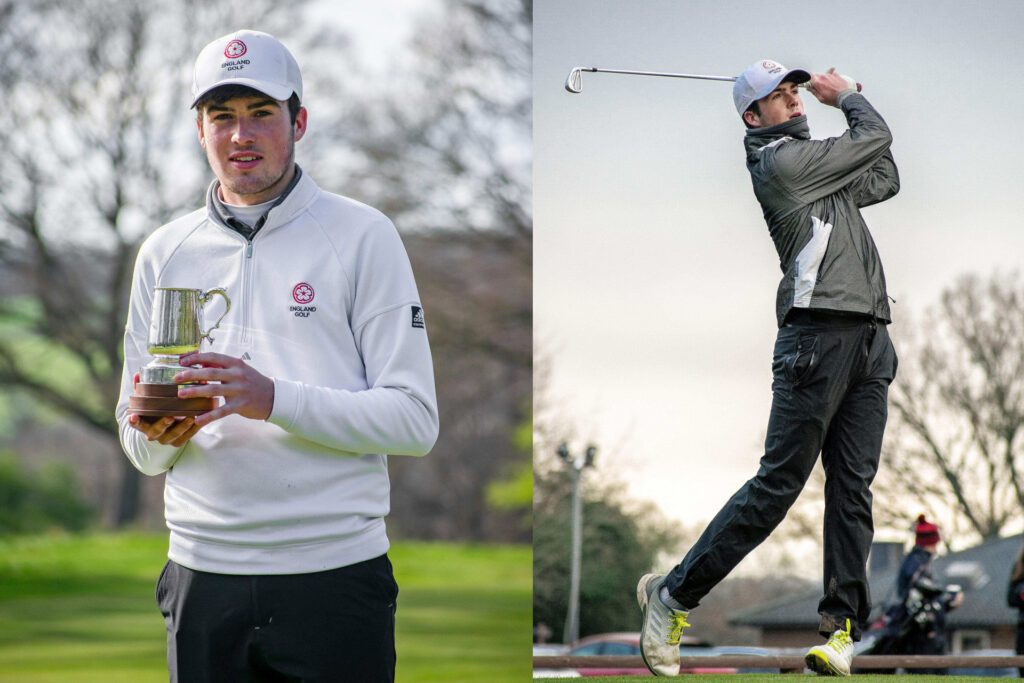 Rising star Seb Cave took the 61st Berkhamsted Trophy last weekend by tempering his normally aggressive game – and by using the bad weather to his advantage.

The England Boys teammates were the only two golfers to break par in an event where the weather sorely tested the 108 competitors, including – for the first time in 63 years – several female golfers following Berkhamsted Golf Club’s decision to open up the UK’s traditional season-opening elite men’s tournament to both sexes.

Blizzards and high winds characterised the first two rounds on, and Saturday’s 36-hole finish was cut to a single round after heavy frost delayed the start of play.

Cave, who at +3.9 handicap was one of the early starters on day one in the worst of the week’s weather, had two key elements in his game plan which ultimately paved his way to victory. He said:

“I knew the playing conditions would be extremely tough, so I got myself into the right mental state from the first tee. I knew that I would beat half the field just by accepting the weather.”

He also outsmarted the international field by developing a special tee shot to counter Berkhamsted’s famously intricate, bunker-free challenge. “Most players were hitting long irons off the tee to stay on the fairway, but I had practised a knockdown low-running tee shot with driver which kept the ball under the wind, and meant that I was hitting more wedges into the greens than everyone else.”

In the final round, a superb five iron to five feet on the 14th for birdie gave the Blackburn-born Cave, who was playing in the final group, the smell of victory, and he learnt about his three-shot lead as he walked to the 17th tee. Two solid pars later he finished with a closing 68 (-3) and lifted the Berkhamsted Trophy in celebration of the biggest tournament win in his young career to date.

“It’s a fantastic feeling to win, and the greens at Berkhamsted were the best I’ve played on so far this year” said Cave, who has a college place at the University of Alabama Birmingham waiting for him in the autumn of 2023. “As there’s no bunkers you don’t get your normal spin control from the hazards around the greens, but my short game held up – and it had to, as I know how low Harley Smith can shoot!”

Seventeen-year-old Olivia Lee from Gerrards Cross, who became the first female golfer to play in a traditionally male elite amateur golf tournament when she teed off just after 8am on the first day, said:

“The level of competition in men’s golf is extremely high, and the event was good experience. It’s the first time I’ve played a golf course without bunkers, and it is harder than you’d expect, but Berkhamsted was in great condition.”

“This Trophy will be remembered for years, both for the weather and for the arrival of female competitors such as Olivia Lee. She played superbly too, and outscored dozens of top male golfers to be in the top third of the field after the first round.

“Olivia Williams from Worcestershire ultimately finished low female, and along with Olivia Lee, Ciara Rushmer and Grace Rigby she is now an indelible part of the history of girl’s golf.

“Despite the weather Gerald Bruce and the greenkeeping team had presented the golf course in its best-ever condition for this year’s Trophy, and we were overjoyed with people’s reactions to it. The work we’ve done over the last three years as regards irrigation, and latterly with our golf course consultants Turfgrass, has paid dividends.

“After a two-year COVID delay, the Berkhamsted Trophy is back where it rightfully belongs, and our congratulations go to Seb Cave – a worthy winner, and a very bright prospect for the future.”

The Berkhamsted Trophy will return on Thursday 30th March 2023, and is open to both male and female competitors.