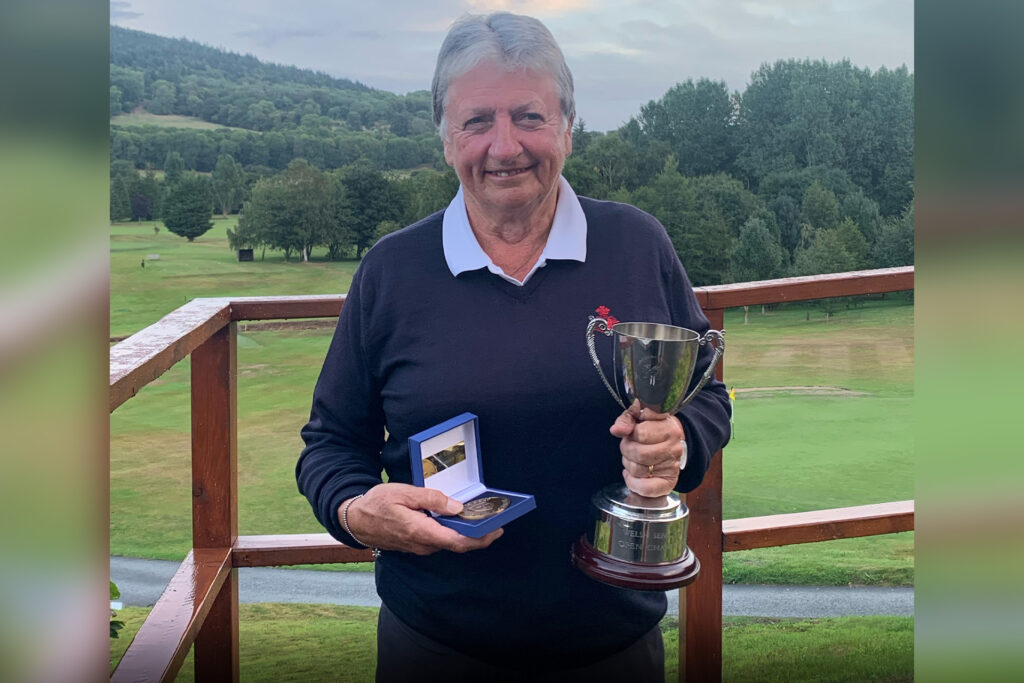 Welsh golfer Sue Caley earned her place in a play-off for the Welsh Ladies Seniors Open title with a hole-in-one on the 18th, but it was fellow Welsh golfer Ann Lewis who prevailed.

It was a fourth Welsh Seniors title for Royal St David’s Ann Lewis, but amazingly for such an experienced player it was the first time she had ever been in a play-off.

It was her first Welsh Seniors title for four years, as a final round 74 looked enough to claim the title outright before Sue Caley’s remarkable shot on the final Par 3 at Vale of Llangollen.

There was further cause for celebration at the North Wales club as they were presented with The R&A Women in Golf Charter by Wales Golf President Dr Val Franklin.

An opening 73 gave Caley a four-shot lead going into the final round, but a front nine of 45 seemed to put her out of contention until two birdies and that hole-in-one eagle in the final six holes earned the play-off place.

In contrast, Lewis was steady through the final round with two birdies and two bogeys. The 66-year-old said:

“I am very pleased and also surprised to have won.

“I did not think I would be able to catch up, but I just stuck it out, got the pars going and I am delighted to have come through.

“In the play-off I sank a good putt on the first extra hole. It is funny, I have never been in a play-off before, I did not even know that you had to finish everything without being able to concede putts.

“It is my fourth title but just as nice to win as the others. I did not really expect to be back in the winner’s circle, but I always try my best.

“I enjoyed playing at Llangollen, somewhere I know well and it is a lovely parkland course. The club worked hard to get the course in great condition for the event.”

Next up for Lewis is The R&A Women’s and Men’s Senior Home Internationals at Pyle and Kenfig September 13-15.

The combined teams, seven men and seven women, will have a new look mixed format, but Lewis will be heading to the event in good form.

It was also a proud week for Vale of Llangollen as they collected the Women in Golf Charter.

“I am extremely proud that the Vale of Llangollen Golf Club has been awarded the Women in Golf Charter.

“We are committed to achieving our pledge and will continue to work collaboratively with our county and Wales Golf to encourage women and girls of all ages into the game of golf, nurture those already playing and provide every opportunity for women to engage in the running and management of the Club.”