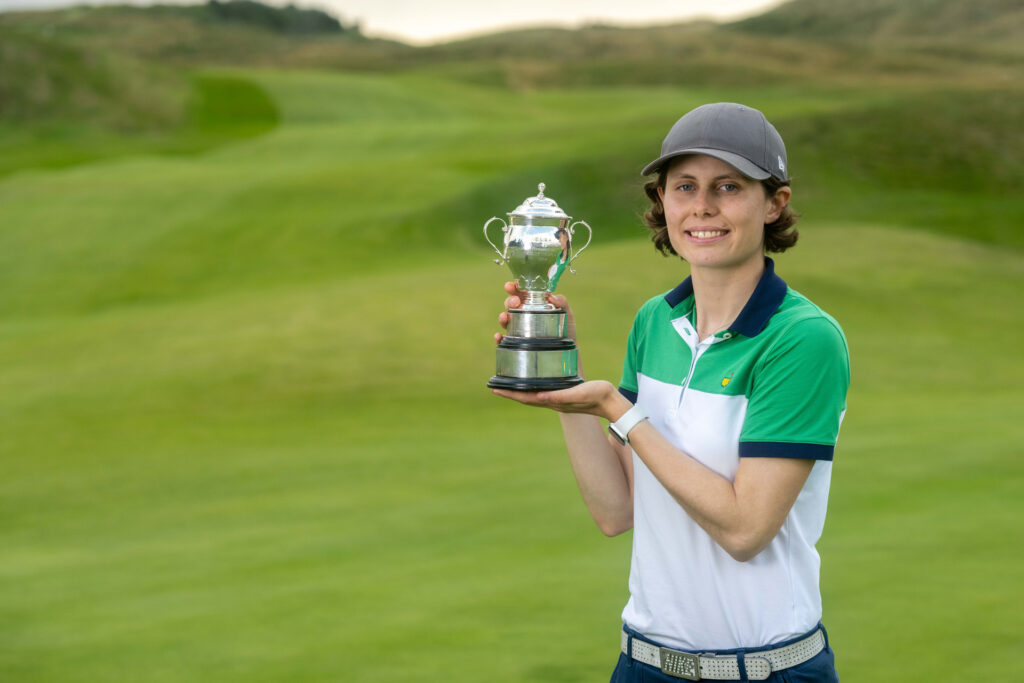 Bel Wardle wins the English Women’s Open Stroke Play Championship by nine shots to reclaim the title she picked up back in 2017.

Bel Wardle produced a phenomenal performance on the final day of the English Women’s Open Stroke Play Championship to win by nine shots and reclaim the title she picked up back in 2017.

Having followed up an opening round of 78 with a 67 on Wednesday to put herself into an overnight lead, Wardle returned on Thursday and showed no sign of nerves.

The Cheshire golfer recorded rounds of 67 and 68 on the final day to pull clear of Ellie Gower in second and Lorna McClymont and Amelia Williamson who tied for third.

Wardle posted a winning total of -16 (280) to follow up her win in this championship four years ago at Woodhall Spa with a success on the Wirral.

Thursday saw the best of the conditions at Wallasey Golf Club with a significant drop in wind speed from the previous two days and that was proven by the low scores shot by much of the field around a course playing to a par of 74.

In her first outing of the day, Wardle came within a whisker of a bogey-free round but dropped a shot on the 8th with a narrowly missed putt.

That would prove to be her only dropped shot of the entire day though as she recorded 12 birdies and an eagle over the two rounds to speed away from her nearest competitors.

Wardle was narrowly beaten in the final of the English Women’s Amateur Championship earlier this month and the Prestbury golfer was determined to make sure she didn’t miss out on the top prize this time around. She said:

“It’s hard to say how I’m feeling after that. I’m just so happy and so excited and I played some really great golf out there today through both rounds.

“The putter got really hot yesterday and it stayed that way. I started to hit the ball closer because the wind was a lot calmer today so it was easier to control the ball.

“With every opportunity I had, I seemed to get the birdie.

“I played with Amelia throughout the tournament and she’s a quick player which helped me. I know Amelia so well and it’s great to play with her in a tournament like this.

“I used my defeat at the English Amateur Championship to spur me on because I didn’t want to come second again. That was the main motivation for me and I’m so pleased to have got over the line.

“It was nice to see all my family and friends out there with me today and most of my friends here I’ve known for ten years or so now and we support each other. My friend Becca came out to caddie for me for all 36 holes as well so she’s dead on her feet!”