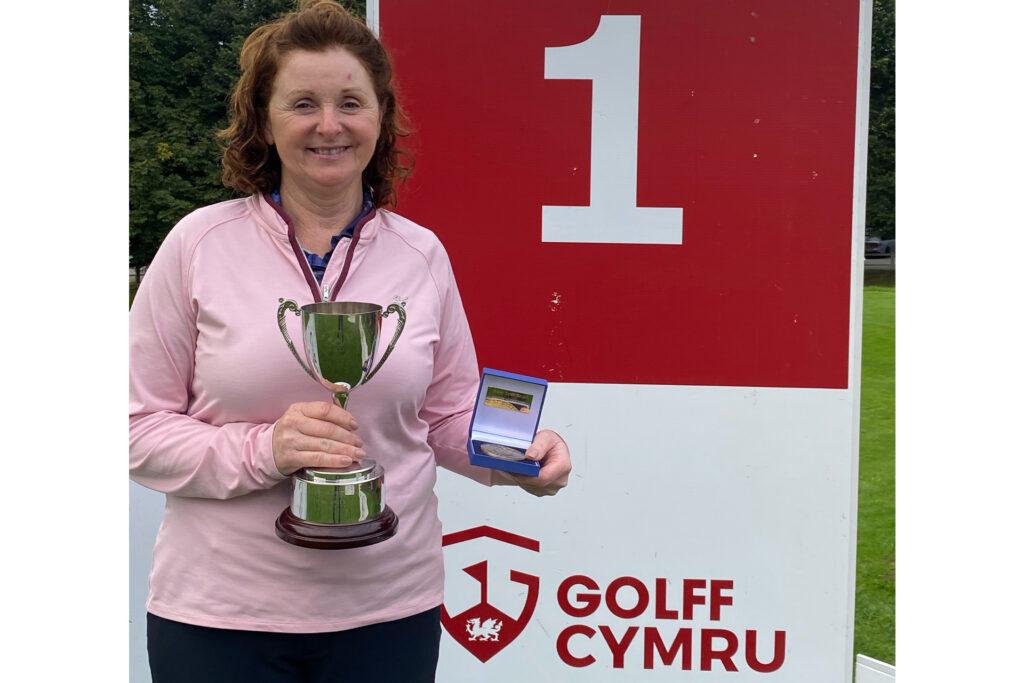 Experienced England international Catherine Rowthore was delighted to win the Welsh Open Senior Ladies Championship in Creigiau at her first visit to the event.

Catherine Rowthore beat Welsh challenger Jane Rees and the R&A Women’s Senior Amateur champion Aileen Greenfield in a play-off, registering her first birdie of the day at the second extra hole to clinch the title.

It was also a reversal of this year’s R&A Women’s Senior Amateur Championship where Rowthore lost in a play-off to Greenfield.

Normally Rowthore competes for England at the European Team Championships at the same time as the Welsh event, but Covid restrictions meant a first time competing in Wales and a first victory.

Minchinhampton’s Rees was one of the runners-up, while Ann Lewis of Royal St David’s had two eagles in her final round but finished one shot behind in fourth.

“I have not been able to play in it before, normally I would have been playing for England at the European Championships, but because of Covid this was the first time and it was a very enjoyable few days.

“All the English team played in the Welsh, while there was a lot of home support for Jane and Ann who are also superb players, so it was very competitive.

“I have always wanted to play in it so this was a lovely opportunity, while the course was really good with excellent greens. It is a parkland course like my own, so I am used to playing that kind of golf.

“There were lovely people at the club and those running the event, while in a seniors event everyone is really supportive of each other.”

Rawthore’s win was based on an opening round of 71, including four birdies. Five Welsh golfers finished in the top 11 with Sue Caley of Apsley Guise and Woburn Sands in 8th, Linda Carruthers of Broadway 10th and Julie Thomas of Pontardawe 11th.

“Congratulations to Catherine on her win in what was a tight contest all the way.

“Jane Rees with a final round 74 and Ann Roberts with a 73 both came close to making it a home winner, and it was good to see Welsh competitors pushing hard for the title.

“Creigiau was an excellent venue for the championship, in superb condition while the staff and volunteers helped us run a successful event.”