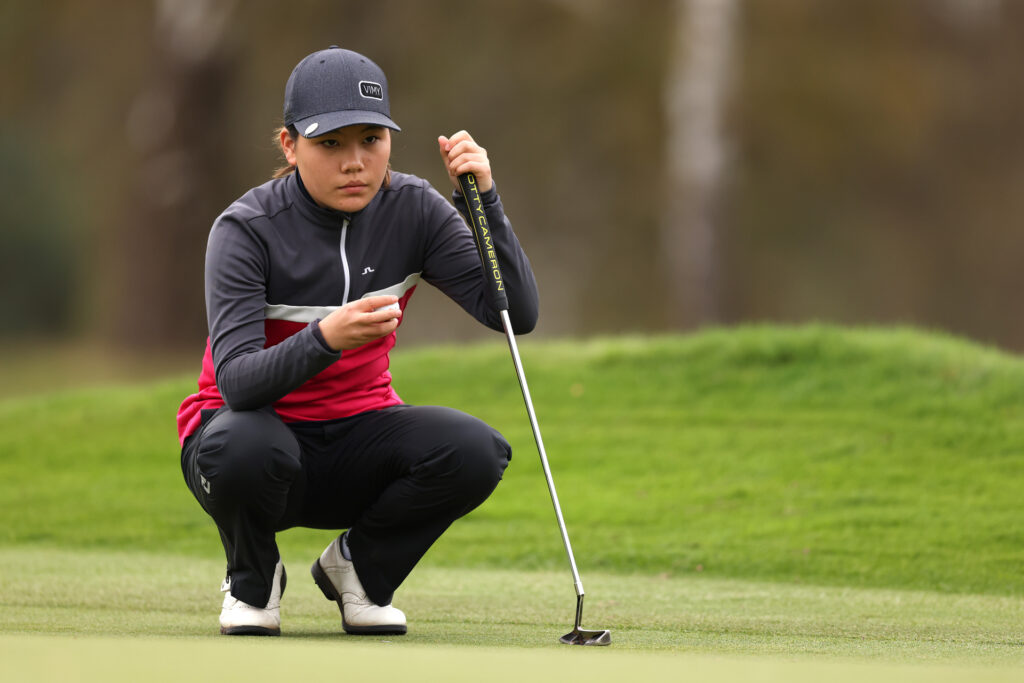 Leading under 16 girl golfers will be hoping to emulate Scotland’s Hannah Darling and use the R&A Girls’ U16 Amateur Championship as a springboard to future success this week.

Since winning the inaugural championship in 2018, Darling has gone on to win last year’s R&A Girls’ Amateur Championship, make her Curtis Cup debut and achieve a successful start in American college golf at the University of South Carolina.

Darling also recently made history by becoming the first Scottish player to make the cut in the Augusta National Women’s Amateur Championship.

Both of Darling’s R&A wins came at Fulford Golf Club and she believes those victories have been key to her development:

“Both my wins at Fulford were important. The R&A Girls’ U16 Amateur was key to giving me confidence at a young age that I could compete against the best, while the Girls’ Amateur helped me make the Curtis Cup team and gave me the confidence to start well in college golf.”

Rosie Bee Kim back to defend her title

Kim, a member of Buckinghamshire Golf Club, was the only player to match par over 54 holes at Enville last year and returns to defend her title. Her total of 216 (74, 71 and 71) gave her a two-shot victory over Woburn’s Roisin Scanlon, who is also in this year’s field.

Like Darling, Kim has her sights on a bright future in golf. After her victory last year, she said:

“This is probably my biggest win so far. It’s a big milestone for me in becoming the player I want to be.”

The Great Britain and Ireland Junior Vagliano Trophy player, who was just 10-years-old when she made her debut four years ago, added:

“If I went back in time to 2018 and told myself that I was going to win the main title in 2021, I probably wouldn’t have believed myself. To have this achievement is really good.”

Kim and Scanlon, two of 48 English competitors in the 88-player field, lead the home charge. Besides winning the Girls’ U16, Kim finished runner-up in the English Girls’ Open Amateur Stroke Play Championship and was 17th behind Darling in the R&A Girls’ Amateur Championship.

Scanlon racked up six other top-10s last season, including third-place finishes in the Scottish Girls’ Open Championship and Faldo Series Wales Girls’ Championship. The plus two handicapper was the only amateur to play in the recent Rose Ladies Series event at Sunningdale, finishing 46th in a field that included Ladies European Tour winners in Dame Laura Davies, Trish Johnson and Amy Boulden.

Italy’s Paris Appendino is the highest-ranked player in the field, sitting at 412th on the World Amateur Golf Ranking®, but has been as low as 277th. Appendino arrives in England fresh from winning last month’s Italian Girls’ U18 National Championship. The plus four player defeated Ginevra Coppa 2&1 in the final, with Coppa also taking her place at Enville.

Appendino is one of four world top 600 players teeing it up. Estonia’s Elizaveta Sofia Reemet is ranked 461st and she will defend three Estonian titles this year: the Estonian Amateur Open, Estonian Girls’ U21 and Estonian Junior Open (U16). In January she won the Toro Tour Andalucian Golf Series #9.

Germany’s Marie-Agnes Fischer is the fourth highest ranked player at 596th. She is the current holder of the German National Championship U16 title, which she won by six shots last year.

The R&A introduced the Girls’ U16 Amateur Championship as part of its drive to boost girls’ golf in Great Britain and Ireland and beyond, and provide a pathway to elite amateur golf for leading young players.

Enville, one of the finest examples of heathland golf, was founded in 1935, and has hosted Regional Open Qualifying (2007-2011), the 2014 Reid Trophy and the 2017 Girls’ Amateur Championship. In 2020, Enville became the latest among a growing list of English clubs to sign up to The R&A’s Women in Golf Charter.

View the competitor list for the R&A Girls’ U16 Amateur Championship here.