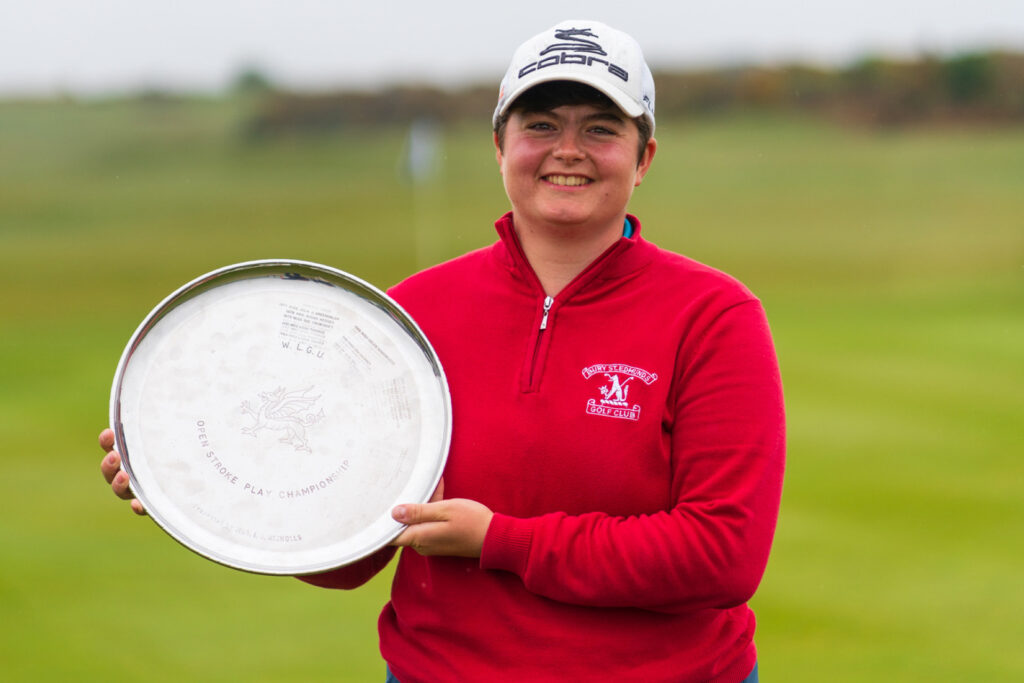 English golfer Alice Barlow led all the way in the Welsh Women’s Open Stroke Play at Southerndown, with five Welsh players finishing in the top 16.

After letting the lead at the top narrow with mistakes around the turn of the links course, two birdies on the closing holes were enough to seal a four-shot victory with Scotland’s Chloe Goadby and Australian Abbie Teasdale tied second. England’s Ellen Yates finished fourth with Lottie Woad one further shot behind.

“I really enjoyed the course from playing the first practice round, so even if I had not achieved what I wanted to I knew I would still enjoy playing there.

“This is my top event win. Even though I had a lead over the closing holes it is not really a course you can relax on, it was just a case of concentrating on making a couple of birdies in the last few holes.

“The key was planning my way round the course, being patient, not attacking pins which were tough and knowing which ones could be attacked.

“I have taken the decision to give golf a go full-time this year to see how it goes. We will review it at the end of the year to see where to go next, but the ambition is to turn professional.”

Next up Barlow will be attempting to win the Suffolk County Championships for the sixth successive time.

“Congratulations to Alice for such a strong performance from start to finish, but it was also good to see so many Welsh players challenging for top 10 places.

“Southerndown provided an excellent challenge for many of the top women players in the UK, Ireland and further afield.

“Thanks, as always, to the staff and volunteers at the club who did so much to make the event a success.”