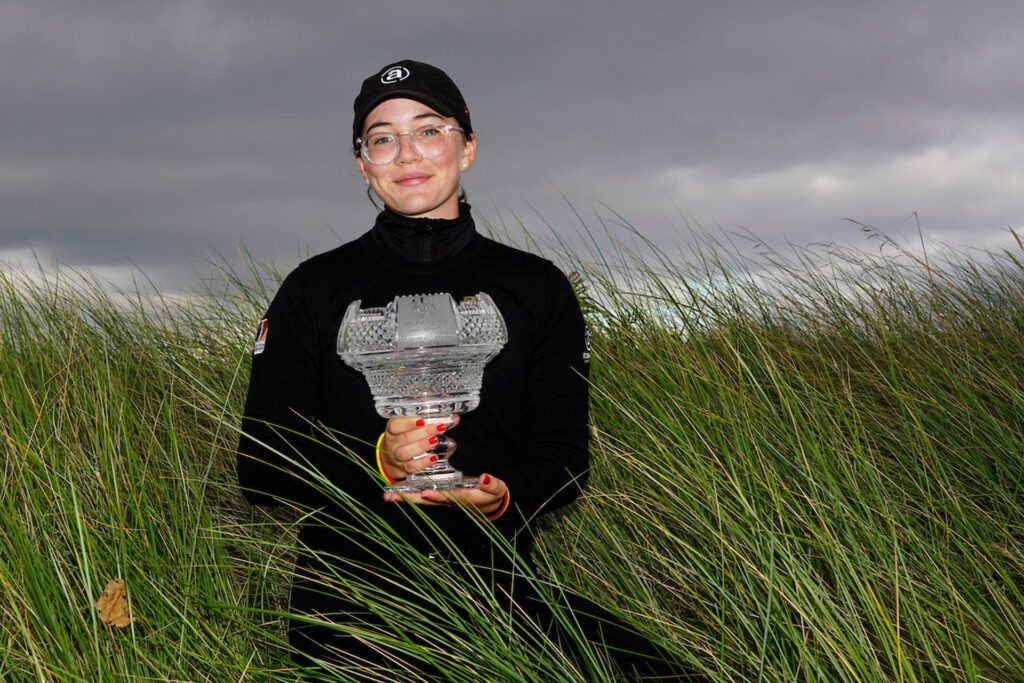 Charlotte Back, from Germany, won the Irish Women’s and Girls’ Amateur Open Championship at County Louth Golf Club on Sunday.

Back fired a final round 72 to finish 10-under-par for the event and three shots ahead of her nearest competitors Beth Coulter from Kirkistown Castle and Sweden’s Moa Svedenskiöld.

After signing her card, Back said:

“I’m super excited, it’s my first international win, I can’t describe how I’m feeling! My game has been good at the moment, really solid. The first nine today wasn’t that good but I fought on the back 9 and it paid off.”

At the turn, Finland’s Aada Rissenan had carded three birdies to extend her lead to three shots, but a costly double bogey on the par five 11th, with Coulter eagling the same hole, meant there was little between the players with a few holes remaining.

Staying patient and playing her game

Back played the front nine in level par before birdies on the 11th and 12th brought her into the lead. A final birdie on the par four 16th allowed her some breathing room for the final two holes.

“I just stayed patient, played my game. I just wanted to make a lot of pars and some birdies came which was great. I felt a bit nervous on the 18th green, there was a crowd following but you get used to that I guess!”

A great season for Coulter

Leading Irish player was Beth Coulter who finished on 7-under-par with rounds of 70, 71 and 74, she said:

“I’m obviously quite disappointed not to win, especially after the eagle on 11 and then a silly mistake on 12 but I probably would have taken level par this morning, it was a lot windier and very tricky.”

Coulter has had a superb 2021 season rising to 137 in the World Amateur Golf Rankings, winning the Irish Girls’ Close and finishing runner up at The Girls’ Amateur, but there is a clear take away from the season in order for her to build on that success.

Coulter, who is also 17-years-old, added:

“Minimising the damage is key. I had a load of birdies this week so I know I can do that but it’s about making sure I don’t make too many bogeys or double-bogeys. That will hopefully get me to the top in the next year or two.”

The German team of Back, Katharina Anglett and Emilie Kraus won the Nations Cup on 3-under-par, 2 shots ahead of the Ireland team of Coulter, Paula Grant and Katie Poots.