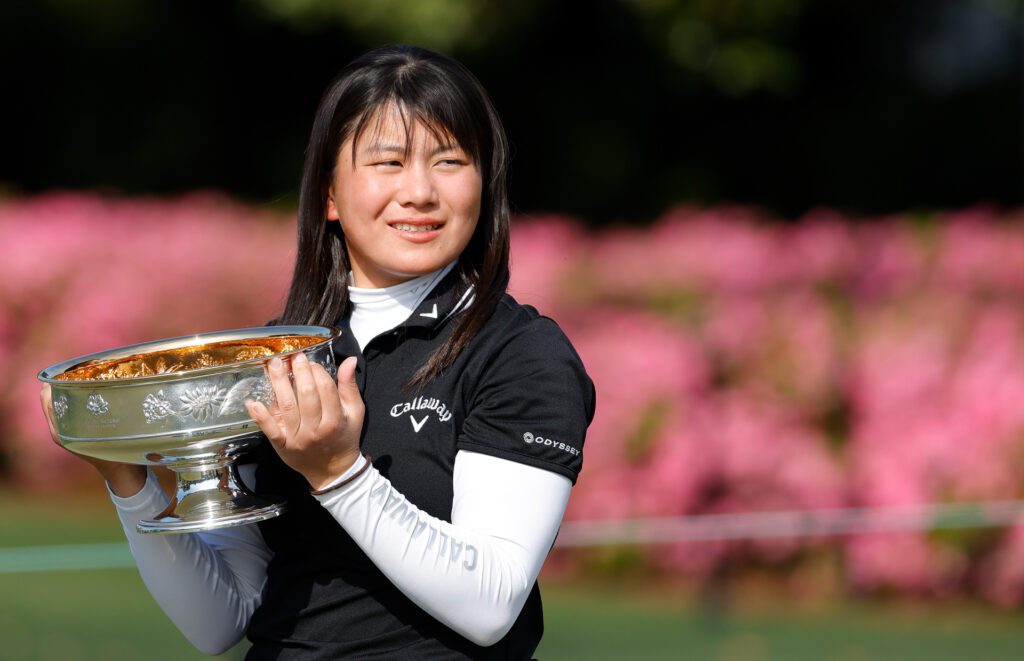 Here's all you need to know about the third August National Women's Amateur, including the ones to watch.

We all know that Augusta National never disappoints when it comes to producing dramatic final rounds as the men battle it out for the coveted green jacket. So why would it be any different when the best female amateurs in the world grace these historic fairways.

This will be the third Augusta National Women’s Amateur (ANWA) and if the first two are anything to go by then it’s definitely not going to disappoint.

In 2019, the now Solheim Cup star, Jennifer Kupcho overcome a migraine to go five-under-par on the final six holes, shooting 67 to win by four strokes from Maria Fassi.

Last year, Tsubasa Kajitani became the first player from Japan to win at Augusta. Her victory came after favourites got eaten up by Amen Corner and the 17-year-old was able to hold her composure to win on the first play-off hole.

What you need to know

The field has returned to the same size as when it was first staged. 72 players competing for the title over 54 holes of stroke play. The first 36 holes will be played on March 30 and 31 at Champions Retreat Golf Club in Augusta on the Island and Bluff nines.

All players will then play an official practice round on April 1 at Augusta National.

The final round will then take place on April 2 and will feature the top 30 players who make the cut after 36 holes.

"Caley McGinty and Annabell Fuller are strong English contenders. 13th in WAGR, Caley won twice in the Fall and didn’t finish worse than fourth place. Annabell is coming into form after a final round 67 took her to a 3rd place finish at the recent Mountain View Collegiate.

"It goes without saying that we would all love to see Hannah Darling, Louise Duncan and Lauren Walsh have strong performances, as we look to the Curtis Cup at Merion this June.

"From a European perspective, it’s tough to look past Ingrid Lindblad and Beatrice Wallin of Sweden. I would also add Sara Kouskova to your watchlist as an outside chance, she finished 6th at LET Q-School in December gaining her LET card."

With the mention of the Curtis Cup, who will be the European's biggest American challengers at the ANWA? Here's three of the players from 2021 Curtis Cup winning side:

The number one ranked amateur in the world has to be at the top of most people’s lists. All eyes had been on the 18-year-old when she entered the final round last year. Amen Corner proved her undoing, but this isn’t going to hold her back.

In a recent interview with Golf.com, the American said:

“That experience really gave me a lot of insight on the kind of player I am and the kind of player that I should aspire to be. It was my first time playing on such a huge stage in contention — and it was at Augusta National! — so that gave me a memory that I’ll always remember. Overall, I have some great memories of that day. There’s no, ‘Oh I’m disappointed in this, or how I finished.’ It’s a great memory.”

Zhang is now a freshman at Stanford and has won her first four events, making the transition from junior to collegiate golf look easy.

After finishing tied for third in the ANWA last April, she finished her freshman season at Stanford with individual titles in the Pac-12 Women's Championship, NCAA Stanford Regional and the NCAA Division I Women's Individual Championship.

The 21-year-old is ranked third in the world behind Zhang and Lindblad.

After sharing the first-round lead at the U.S. Women's Open last year, Megha Ganne became a global star as she teed it up in the final group at The Olympic Club before finishing in 14th.

Last year, she won the Scott Robertson Memorial, recorded top-five finishes in the ANNIKA Invitational, Girls Junior PGA Championship, and AJGA Tournament of Champions, and represented the U.S. in both the Junior Solheim Cup and Junior Ryder Cup. In November, she officially committed to play college golf at Stanford University.

With Kajitani not back to defend her title, we'll be seeing a new name on the trophy of a tournament that is so much more than just a warm-up to The Masters.

You can watch the final round of the ANWA live on Saturday, April 2 on Sky Sports Golf.