Penalty areas in golf: What are they? 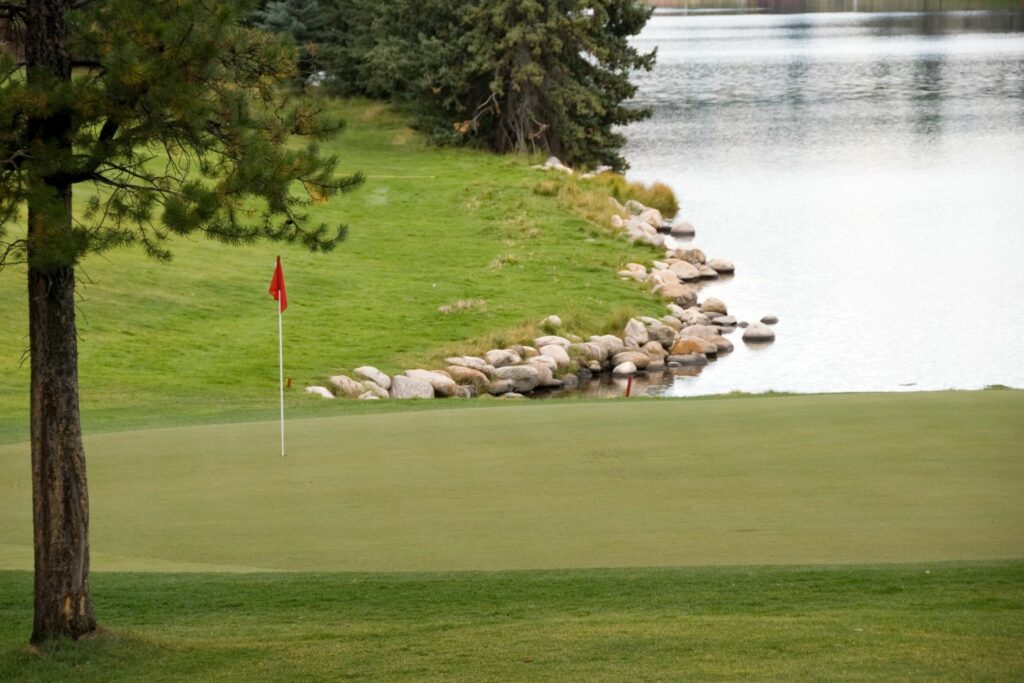 What exactly is a penalty area? Here's everything you need to know, including what to do if you find yourself in one.

If you play at a course with a lot of water, you'll be more than familiar with penalty areas.

According to The R&A, penalty areas are "bodies of water or other areas defined by the Committee where a ball is often lost or unable to be played."

The term "penalty areas" is relatively new, and was introduced in 2019 to replace "water hazards". This change in terminology was done to:

Penalty areas are defined as either red or yellow, and that determines what relief options you have if you hit your ball in a penalty area.

If the penalty area hasn't been marked out, you should treat it as red.

How to take a drop from penalty areas

As we've already mentioned, the relief options you have when you land in a penalty area depend on whether it's marked as red or yellow.

You can take relief even if you can't find your ball in the hazard.

In a yellow penalty area, for one penalty shot you can:

In a red penalty area, for one penalty shot you can:

Playing your ball in penalty area

But you don't have to take relief if you hit the ball into a playing area. You can play it as lies.

And that's where the biggest differences are between penalty areas and former water hazards.

If you play it as it lies from a penalty area, the same rules apply as if you were playing the ball from the fairway or the rough. That means you can:

How well do you know the rules of golf? Take our quiz to find out.

How well do you know the rules of golf?