Let it happen or make it happen 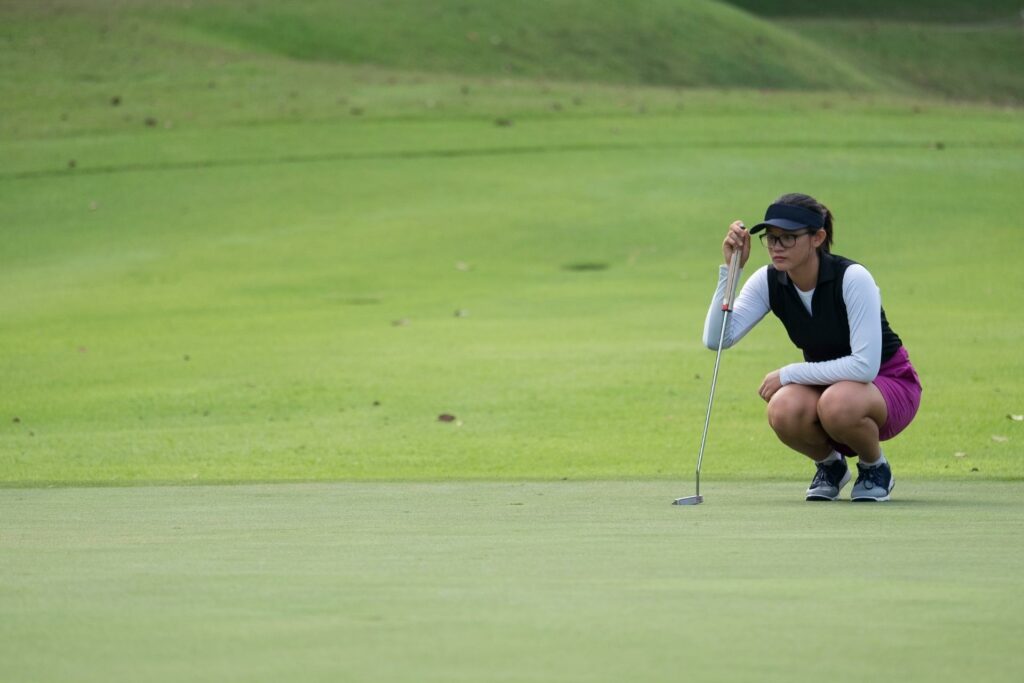 When you’ve got a good card going, do you suddenly tense up over the closing holes or start trying too hard? Dr Kitrina Douglas offers some advice

For centuries psychologists have debated the nature/nurture question, were we born a particular way or did we learn to behave that way?

There have been similar debates in sport psychology - are top players born and their skills natural, or do they learn to win and make it happen?

For most of us the more interesting question is should an individual just allow good rounds of golf to arrive naturally, or should a golfer try and make a good score happen. Should we tell ourselves to swing or to win, and does it matter? What type of mental processes should the individual develop?

A team of researchers from the University of Lincoln carried out research which shed some light on how these two factors - letting it happen and making it happen - coexist. What they found was each comes to the fore at different times or in different circumstances on the golf course.

The research was looking at what psychologists call ‘flow’ - a performance state where the individual is totally absorbed in an activity without necessarily having an outcome in mind.

Flow states have been observed in numerous activities from playing the piano to climbing mountains, and they are often linked with superior performance. During a ‘flow’ experience, a golfer is less aware, more able to exclude irrelevant information, and their golf swing often feels easy, effortless and pleasurable. I hear women golfers talk about similar experiences.

The type of scenario is as follows (you may recognise it):

Player A is playing well, and everything feels easy, her swing rhythmical and her ball seems to find the sweet spot on the club each time she hits. She gets to the 10th tee and her playing partner ‘B’ (who hasn’t really noticed how A was playing) tallies up A’s front nine score.

Player B says something like, “Oh! You’ve done really well on the front nine”. Player A thinks ‘If only she hadn’t said that…!’

Player A is in a flow experience, absorbed in her golf to the exclusion of irrelevant thoughts and emotions and she is not thinking about her score. But, once her playing partner announced what was happening, her focus became redirected to something else - her score and how she was doing.

Player A recognises that she has done well ‘so far.’ The problem is, she knows she can’t relax now because it’s only halfway through the round. Being more aware makes her anxious and she is annoyed at Player B.

Inevitably, she thinks, because she can’t get back to ‘not being aware’ she will play badly. Once the genie is out of the bottle it won’t go back in.

What can we do?

The researchers studying flow learned - in the course of their research - that some of their participants moved from ‘letting it happen’ to ‘making it happen.’

That is, these golfers began their round or tournament, like Player A, allowing their performance to be unforced and unfocussed on how they were doing. They allowed their tempo and rhythm to develop naturally as the round/tournament progresses and became more confident.

But, once they became aware (for the participants it was when they knew they were in contention and could win) rather than trying to get back to how they were before, earlier in the tournament, they chose to move into a ‘making it happen’ state by becoming more purposeful in their play, more goal-oriented and aware.

1. BE CALM - Use your mental effort to attend to the feel of your swing and your breathing - keep them in focus.

2. FOCUS ON THE SHOT AT HAND - Visualise and rehearse the shot you are about to play. If your mind wanders to previous shots, bring it back to what you feel now.

3. PROCESS ORIENTED - Attend to what makes you swing well.

1. OUTCOME ORIENTED Try to be specific about what you want the outcome of your shot to be (this goal you set will depend on your handicap)

2. INTENSITY Become aware of the type of thoughts that support you achieving specific outcomes. One way to do this is to write reminders in your yardage book to remind yourself what makes it a ‘good’ shot.

3. BE AWARE Notice your emotions. It’s ok to be excited but it may increase the distance you hit the ball – something you learn to manage with experience.

The above article was taken from the May/June 2018 issue of Women & Golf magazine.

More from Dr Kitrina Douglas - Gamesmanship: How might we manage it?

How to make more putts

Set up to save shots this summer

Play the golf of your dreams